SGAC and the French Space Agency, CNES are proud to announce that twelve outstanding SGAC members will be sponsored to attend the 69th International Astronautical Congress in Bremen, Germany  from 01 – 05 October 2018 .  The CNES will provide scholarships up to 750€ to all recipients. 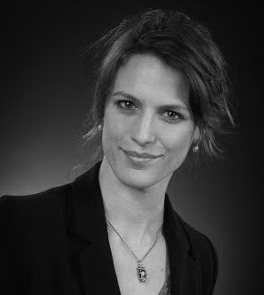 Emmanuelle Aubert is an Arts & Métiers ParisTech engineer with a double degree in Project Management performed in Canada. After first steps in the space field through astrophysics lessons and professional experiences at the National Research Council of Canada and the Grenoble University Space Center, she entered the advanced master “Space Systems Engineering” at ISAE-SUPAERO.

Emmanuelle is currently working at CNES, the French Space Agency, in the department of Space Environment and Components. Her internship is split into two missions; the integration of a CERN-payload dedicated to the observation of radiations effects on components in a 3U-CubeSat and the characterization of a cosmic arrays CMOS detector. Moreover, her interest in microgravity issues led her to be selected in an ESA summer school on this topic.

In the framework of the International Astronautical Congress, Emmanuelle has been nominated with her team to make a 15-minute oral presentation on the SpaceTug. This project focuses on a new electric propulsion solution to bring client satellites from Low Earth Orbit to Geostationary Orbit.

“This CNES-IAC Student Award Scholarship is not only a great honour to me, rewarding my involvement in the space sector, but also a significant help to attend the IAC. Presenting in this congress the studies my team and I have been carrying out and meeting the major players of tomorrow’s space is very exciting.“ 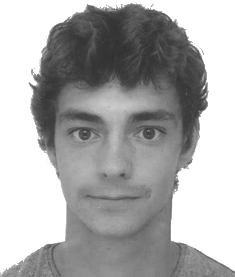 Antoine Perrigot is a french student in mechatronics at the ENS Rennes in France. He has a several french degrees in this field and is passionate about aerospace engineering. He has worked several years on the CNES Marauder rover, first as an intern and then for his university project.

“This materializes the work of recent years and my passion for aerospace engineering.“ 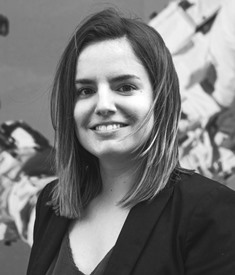 During the International Astronautical Congress 2018, Pauline has been selected on abstract to present, with her respective teams, 3 of her student projects: a LUnar Propellant Outpost (LUPO), a space transportation solution from LEO to GEO using electrical propulsion (SpaceTug) and a lander capable of delivering a 10 metric tons manned payload to the surface of Mars (Mars 10). She has also been designed by the European Space Agency (ESA) to be a French delegate at the IMPC Young Professional Workshop, where she will share her experience and recommendations to space organizations to ease the transition of young professionals into their careers.

“I am extremely honored and grateful to receive the CNES-IAC Student Award 2018. My participation to the IAC 2018 is a unique opportunity to meet actors of the space sector, discuss topics and exchange ideas. Indeed, besides my deep implication is space related projects lies a true desire to actively prepare and build the space solutions of tomorrow.“ 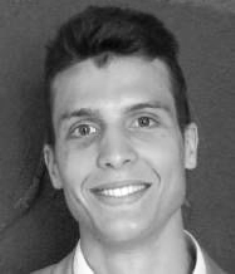 Romain Lucken co-founded the Share My Space company that develops space debris management solutions. He is currently a PhD student in the Plasma Physics Laboratory (CNRS Ecole polytechnique Sorbonne Université), and specializes in the simulation of plasma propulsion systems. Prior to his PhD, he graduated with a double degree in energy engineering and plasma physics from Ecole polytechnique, and has experienced working at Airbus Defence and Space in Toulouse, the JAXA, and the University of Tokyo. At the IAC 2018, he will be presenting his work on the simulation of the long term evolution of the density of space debris in the low earth orbit environment.

“CNES gives me the opportunity to present an original scientific work that could have direct environmental and economical outcomes, while strengthening its bounds with Share My Space.“ 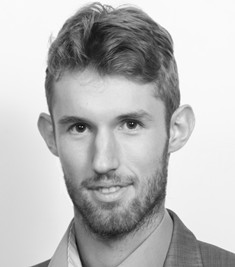 Antoine is a French engineering student at Centrale Lille. His passions : space exploration and entrepreneurship, both challenging ourselves to explore and build into the unknown !

With a multidisciplinary engineering training, courses in entrepreneurship and human sciences, he began a gap year to carry on internships in space companies, New Space startups and labs to get various experiences.

He got involved in space projects for years : research work about impact cratering with Paris Observatory, propulsion design of a suborbital plane, GEO satellite modelling via Bond graph approach or my current internship at Thales Alenia Space Turin, dealing with systems engineering on a Mars mission. Since he recently joined, SGAC gave me tremendous opportunities to meet and connect with the next generation of space workers and leaders, to learn and grow professionally.

On the entrepreneurial side, he was Vice President of his university Junior-Entreprise (consulting firm), responsible of the business development, communication and prospection teams. Piloting the strategy towards entrepreneurs, he won along with his team the Best Entrepreneurship Support Award. Since, he  achieved the ActInSpace hackathon in Cannes : let’s see for the finals at Toulouse Space Show (26/06) !

“This CNES scholarship is a real honour, a reward for my involvement in space activities (motivating me even more !) and a chance to drive me to my right career path. Above all it is a responsibility to contribute, share and be an ambassador of the next generation ! #InvolvingEveryone“ 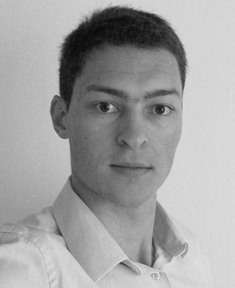 Benoit spend the early part of my studies in Lyon, where he passed a scientific baccalaureate. Then after spending two years preparing competitive exams for engineering school, I came at ENSEEIHT, an engineering school located in Toulouse, France, in the Telecommunication & Networks department.

He spent the second semester of the second year at Ecole Polytechnique Fédérale de Lauzanne, Switzerland, in exchange program. It was a very rewarding experience because of the international side and the reputation of the school. This year he took a specialty in Systems and Embedded Networks. In this context he took part to the ROAMER project during one month. This project is initiated by CNES and its purpose is to send a rover to the moon by 2020, made solely by students. He strongly wishes to see similar projects at IAC on October!

Currently he began an internship in aeronautics and which he is really enjoying it. He hopes to remain in this sector for the rest of his career, and he is sure that he will come back from IAC with plenty of new arising ideas! 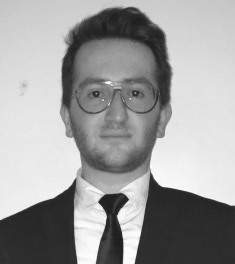 Ephraim, studied networks and telecommunication at ENSEEIHT after his preparatory classes. Ephraim went on to complete a Master in embedded network and connected object at INSA in Toulouse. During his final year, he completed a team project called “Moon project” in partnership with CNES. During three months, he and his team had to conceptualize the software of a rover including the real-time operating system, the communication between the lander and the rover, the communication within the rover, and the image analysis to image the moon. This rover will be launched to the moon in 2020 with an astrobotic rocket.

“This scholarship means that my work is recognized by the IAC and allowed me to be selected for this conference. It’s also encouraging my efforts in this direction.“

Antoine is a mechanical engineering student specialising in mechatronics. He is completing his end of study internship at CNES as project manager on ROAMER (Rover Among the Moon Educational Research).

Antoine has a great passion for the drones and has completed many personal drone projects as well as having been declared a certified drone pilot by the DGAC (Direction Générale de l’Aviation Civile).

Antoine has always had an interest in space discovery and this is one of the reasons he chose the path of science relatively early in his studies. Today he is finally able to work on large projects and find solutions to the various problems encountered in the space field.  Alongside this work, he is developing, with the help of a student group, a tethered drone solution for urban or semi-urban disaster applications.

“I am very proud to be able to participate in the IAC. I find it very interesting to meet people passionate about the world of aeronautics. Chat with them and find out more about the variety of ongoing projects“ 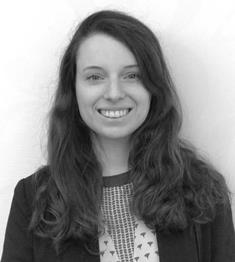 Space system engineer with 3 years experience in Phase 0/A/B Earth Observation mission studies at ESA, Audrey started a PhD in January 2018 at the University of Strathclyde, Glasgow (UK). Within the Intelligent Computational Engineering lab she is studying the use of artificial intelligence for space mission design.

Space is her passion. She has been involved into SGAC since 2015, was part of the organisation team of the 2nd European Space Generation Workshop in Paris  and is one of the French National Point of Contacts since June 2017.

“Contributing to the protection of our planet and to the development of a more sustainable society relying on Space applications is my personal goal. I also love to travel and have lived in 5 countries so far. I am very grateful to be awarded the CNES IAC Scholarship that will support me in attending my first IAC and present my work to a panel of international experts. Many thanks to my  home country space agency, the CNES.“ 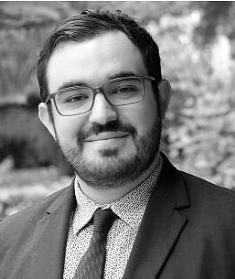 Pierre-Julien is currently finishing a masters degree at the French Engineering University ENSEEIHT in Toulouse. He is specializing in embedded systems and on-board networking, specifically in space applications. He is very interested  in space exploration and curious about innovation in this sector. Pierre-Julien hopes to start a PhD program in September to work on new technologies for satellite networks.

“For me, winning this scholarship is an open door to the astronautical world, an opportunity to discover more about innovation in this field and meet great people from dynamic and creative companies or research labs who think and develop tomorrow’s space exploration.“ 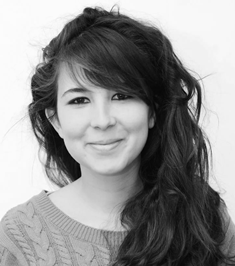 Victoria Da-Poian is a french aerospace engineering student at ISAE Supaero. Together with other ISAE students, she was selected to participate twice in the simulation of the life on Mars in the Utah’s desert (MDRS) . In 2017, Victoria was a member of the Crew 175 as a biologist and greenhab officer; and in 2018, she was the Crew 189 commander.

In 2017, she conducted a 5 months internship at ESA European Astronaut Centre (Cologne), in Spaceship EAC team, on the development of the future Moon rover (MARVIN project). This project combined robotics, programming and HMI development.

Victoria is currently doing a five-month internship in Kourou (French Guiana) at CNES in the flight control department. In order to optimize the reaction time of the operators, her internship focuses on the development of a decision support system to analyze in real time the trajectory of the launcher during flight (using artificial intelligence and machine learning).

“I am very honored to have been selected for this CNES IAC scholarship. Participating to the IAC 2018 is a real honour and a great opportunity to meet and discuss with people working in the field I am passionate about. Many thanks to the CNES to support my projects !” 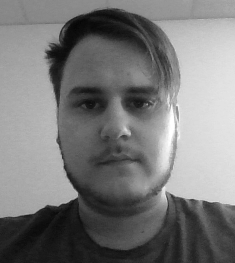 Loic Mosser is a student in mechatronics at the École Normale Supérieure where he aims to study in the fields of medical robotics and biomechanics.  Next year, he intends to undertake studies in Industrial Science Aggregation in Industrial Computing. This will provide him with easier access to a world of research and to the higher intellectual spheres of scientific discovery.

“To me, winning this scholarship means that anything is possible if you invest enough in a project with a noble and achievable goal.”