Welcome to the page of SGAC Costa Rica! In recent years, Costa Rica has seen an evolution of its science education system. Generally, there has been a growing awareness of its capability to design, create and develop different high-end technologies. Among these technologies, space is arguably the most recent one, thus it is in a quite early stage compared to other nations. Despite this, it is advancing in an outstanding pace. SGAC Costa Rica invites you to take a look at what young space professionals and university students are working on to bring Costa Ricans closer to space!

SGAC Costa Rica as a network is lucky to have a number of local organizations as partners. An emerging non-profit organization: the Central American Association for Aeronautics and Space (ACAE, Asociación Centroamericana de Aeronáutica y el Espacio), based in Costa Rica, leads the process to develop the aerospace industry in the country and on the region through education. Indeed, since its foundation, ACAE has directed multiple projects and it keeps crafting more. ACAE has 2 main projects as for this moment. The first project, Irazú, has been defined to serve for academic purposes: the development and launch of the first Costa Rican satellite – a PicoSat that will serve for environmental purposes. Irazú is in currently in development, and it will be launch in 2018. A crowdfunding campaign was started, and successfully acquired more than $75000. The second project is Ditsö, an investigation between ACAE and the research center CICIMA (Centro de Investigación en Ciencia e Ingeniería en Materiales), from the University of Costa Rica. Ditsö is looking forward for the investigation of the mechanical properties of the wing of a beetle native from Costa Rica under microgravity conditions. The experiment will be hold into the ISS using the Nanoracks platform. Besides ACAE, the Mechanical Engineering School from the University of Costa Rica, has organized in 2015 and 2016 the Aerospace Camp, where students from High School and Universities from the country, and even from the outside of the borders, participate during a week in the design and development of High Power rockets. The technical leads are Jim and Becky Green, members from TRIPOLI Rocketry Association. As a need of this group, last year NPOC Roberto Aguilar and 6 other students from the group participated in ARLISS. In this event, students took both theoretical and practical tests to obtain the High Power Rocket Certifications for Levels 1 and 2. The presence of Costa Rica in international forums has been increasing in the last years, being the International Astronautical Congress, the event with the most important participation of Costa Ricans in space. In 2015, 6 publications were presented with a delegation of 11 members including the presentation of Ditsö by NPOC Roberto Aguilar. Last year in Guadalajara, 7 publications were accepted, the delegation included the participation of NPOC Brenda Ulate, and the presentation related with the rocketry program by NPOC Roberto Aguilar. In addition to these initiatives, there are several astronomical organizations; among the most active ones is the Costa Rican Astronomy Association (Asociacion Costarricense de Astronomia or ACODEA). It is an NGO dedicated to educate the general public about telescopes, their characteristics, how to find celestial bodies in the sky and also how to take pictures of such bodies. ACODEA also hosts different events such as “Telescopios en la Acera” (Telescopes on the Sidewalk) that attract young people and the general public. Another important institution is the Universidad de Costa Rica’s (UCR) Planetarium created in 2004 to educate children and adults on topics related to the cosmos. Another organisation born in the Costa Rican Institute of Technology (ITCR) is AstroTEC, created to motivate young students among the institution to get involved with space topics. This group holds weekly meetings in which everyone is invited to learn about the universe, and take a journey through astronomy. They also hold free of charge astronomical observation nights inside the university and around the country.

Interesting Web Links for the Young Generation in Costa Rica 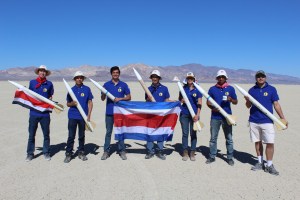 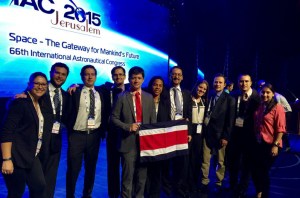 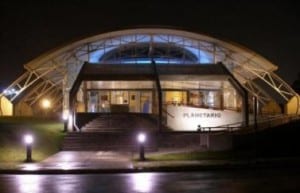 Planetarium of the City of San José, University of Costa Rica