We want you to be part of El Salvador’s journey into space exploration and space industry!

SGAC El Salvador welcomes to you to have a look of our country’s effort to actively participate in the development of the new space era. Even though, El Salvador is very new to the space fields and yet we have much to accomplish; we have already witnessed the initial steps of passionate and talented students and young professionals – in cooperation with other countries and international agencies – who are leading different initiatives in order to place El Salvador as a spacefaring nation. El Salvador provides opportunities for young professionals, students and anyone interested to research, learn, share, and build relationships related to the space sector and its projects. SGAC serves as a networking platform to get in contact with other peers, professionals, agencies, institutions, project groups and international organizations interested in space related activities, as well as to foster projects, seminars/webinars, forums and research.

If you are interested and passionate about getting involved within space-related fields in general, SGAC El Salvador invites you to join our effort to get El Salvador into Space and to continue to thrive for the understanding of Space. We want to see a new generation of young Salvadoran space professionals, full of energy and bright ideas! The next greatest challenge for the human race is space exploration! Please continue reading about our national projects and how you can get involved, welcome this amazing journey!!

SGAC El Salvador invites you to continue reading in our next sections below and take a look at what young space professionals and university students have done in the past and are currently working on to bring El Salvador closer to space!

With the appointment of the two new Salvadoran National Points of Contact (NPoC’s) in 2020, the re-engagement of SGAC El Salvador has been consolidated. The NPoC’s primarily have two duties: One is to approach the Salvadoran students and recent graduates within the country and foster space related projects within the community, the other is to approach our diaspora of scientists and technologists within space related fields in order to encourage the new generation, foster involvement and learning about the different space activities worldwide. This international approach has been done already by past NPoC’s but it is now officially part of our working plan. Thanks to this strategy several ties have been created which strengthen international collaboration between research institutions, universities, companies and space agencies.

NATIONAL HISTORY AND TRADITION OF SPACE

El Salvador has always been keen to research in aeronautics and astronautics since the time of our founding fathers in the early XIXth Century. Due long periods of political instability and intermittent armed conflicts, our country had a halt with regards to all areas of scientific research, including aerospace. However, for the past 10 years, a group of young, ambitious and hardworking students, scholars, professionals and enthusiast both in El Salvador and outside out borders (our diaspora), have come forward with bold ideas, innovative projects, scientific research and engineering analysis in order to change the course of this hiatus.

Their dream is to develop the national infrastructure and academic backgrounds, foster scientific research, encourage anyone interested in space-related activities and motivate everyone towards space. In the spirit of this dream, several projects have been envisioned and created (some on their design phase, others complete) with the belief that accessing and using space, can represent a real opportunity for El Salvador to advance into new levels of technological, social and economic development. These projects include:

In order to provide an umbrella organization to host all of these innovative projects, the El Salvador Aerospace Institute (ESAI-USA) – currently founded in the U.S.A. – was envisioned in 2012 as a think-tank and developer with the mission of “obtaining the capacity for developing and using aerospace assets to contribute to the national economy of El Salvador and improve the quality of life of its citizens.”

The future successes of projects like Torogoz, Colibrí and SalSat aim to foster interest in space-related activities and provide evidence of the multiple benefits of space science and technology through its role in the development of new industries, new employment opportunities and inherent scientific knowledge which can improve the life of our citizens and enhance the prosperity of our nation.

Stay in touch with us at SGAC El Salvador

By becoming a member of SGAC, young Salvadoran students and professionals contribute to the development of the Space industry in El Salvador, and at the same time, have access to a network of more than 13,000 members in more than 150 countries, and participate in events such as Workshops, Congresses, mentorships, scholarships, dedicated working groups and a variety of space Activities that will make their passion for Space to grow even higher.

PRESENT AND PAST SGAC SPACE-RELATED EVENTS IN EL SALVADOR

SGAC El Salvador aims to provide a strong communication channel and networking platform for Salvadoran students, young professionals and the SGAC family around the world, by promoting SGAC and country-organized activities related to the space-related fields. To achieve this goal, we are promoting the following activities for all students and young professionals interested in developing their professional careers in the space sector: 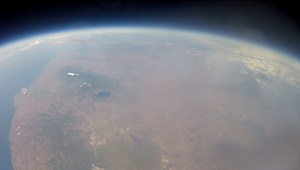 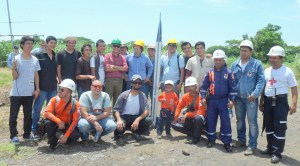 The design and development team for the TER-1C rocket. (Torogoz Sounding Rocket Project, 2014) 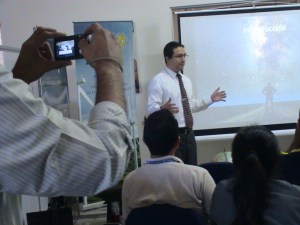