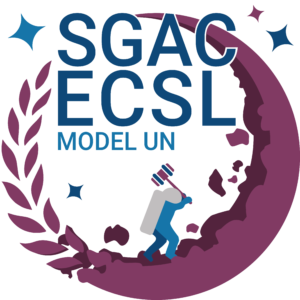 The first treaty to be widely accepted among space actors, the Outer Space Treaty in 1967, was pioneering the legal dimension of Space, by drawing from the Antarctic Treaty, but also regulating utilization of a new territory: space. This treaty became of the utmost importance as the URSS and the USA fueled heavy tensions in the 60s, weaponizing outer space. Whilst a total of 5 space treaties were developed and more or less ratified by UN Member States, none managed to reach consensus since 1984. It is however particularly clear, as of today, with the emergence of new industries like space tourism – or the global privatization of space including mining – and the absence of international Law on the matters, that such regulations shall become a matter of the primary importance in the coming years.

In collaboration with the European Center for Space Law, and with the participation of multiple experts from the United Nations, SGAC challenges you to live an online Model Session of the Committee on the Peaceful Uses of Outer Space, as one of the United Nations Member States. As such, you shall fit within your assigned Nation’s beliefs and political or economical interests, negotiate with other countries, and try to shape the future of Space Law !