The Young Generations’ Perspective of Space and Security

The Young Generations’ Perspective of Space and Security

Prof. Dr. Kai-Uwe Schrogl is the Chief Strategy Officer of the European Space Agency (ESA, Headquarters in Paris, France). From 2007 to 2011 he was the Director of the European Space Policy Institute (ESPI) in Vienna, Austria, the leading European think tank for space policy. Prior to this, he was the Head of the Corporate Development and External Relations Department in the German Aerospace Center (DLR) in Cologne, Germany. Previously he also worked with the German Ministry for Post and Telecommunications and the German Space Agency (DARA) in Bonn, Germany.
He has been a delegate to numerous international forums and has served from 2014 to 2016 as chairman of the Legal Subcommittee of the United Nations Committee on the Peaceful Uses of Outer Space, the highest body for space law making, comprising 73 Member States. He also was chairman of various European and global committees (ESA International Relations Committee and two plenary working groups of the UNCOPUOS Legal Subcommittee, the one on the launching State and the other on the registration practice, both leading to UN General Assembly Resolutions). He presented, respectively testified, at hearings of the European Parliament and the U.S. House of Representatives.
Kai-Uwe Schrogl is the President of the International Institute of Space Law, the professional association of space law experts from 48 countries, Member of the International Academy of Astronautics (recently chairing its Commission on policy, economics and regulations) and the Russian Academy for Cosmonautics as well as Corresponding Member of the French Air and Space Academy. He holds a doctorate degree in political science and lectures international relations as an Honorary Professor at Tübingen University, Germany.
Kai-Uwe Schrogl has written or co-edited 17 books and more than 140 articles, reports and papers in the fields of space policy and law as well as telecommunications policy. He launched and edited until 2011 the “Yearbook on Space Policy” and the book series “Studies in Space Policy” both published by ESPI at SpringerWienNewYork. He sits on editorial boards of various international journals in the field of space policy and law (Space Policy, Zeitschrift für Luft- und Weltraumrecht, Studies in Space Law/Nijhoff; previously also Acta Astronautica). 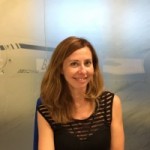 My name is Aline Decadi. I am a rocket scientist at HE Space Operations BV. I have been working for the European Space Agency in Paris for 6 years on the development of the future European Ariane 6 launch system. I am a Dependability and Safety engineer in charge of developing a safe design; preventing from catastrophic failure conditions that could endanger the people and facilities on ground or in-flight.

I am fond by space exploration and I am a former delegate of the SGAC within the Exploration Working Group. I have published two papers on the development of future space transportation systems. In particular, I focus my research on the Safety criteria to be defined for crew survival in the frame of the future Human-rated space exploration missions.

I am also part of the Mars Society and the Austrian Space Forum. In this context, I have been part of a Mars analog simulation early this year as a field crewmember. My mission has been to bring my experience to reach an acceptable of safety for what concern the crew, the spacesuit and the operations.

Deputy Head of the Space Tug Team at Airbus

Ms. Antoni is a PhD candidate at the University of Eindhoven, conducting a research project in space security. She is also an attorney at law registered at the Athens Bar Association in Greece. She holds a Law Degree from the University of Athens, an LLM in International and European law from Tilburg University and an Advanced LLM in Air and Space law from Leiden University. Ntorina has previously worked at the Strategy Department of the European Space Agency as strategy and policy analyst, and at a Swiss private aerospace company as legal counsel.

Major Eleanor E. Morgan is a U.S. Air Force Reserve officer and pilot whose 12-year active duty career has included leadership positions and combat flight operations in both manned and unmanned aircraft. During her most recent assignment she has served as an Evaluator Pilot, Electronic Combat Officer, and Mission Director for Remotely Piloted Aircraft (RPA).

As a Mission Director at the Air Force’s Persistent Attack & Reconnaissance Operations Center, Major Morgan was responsible for supervising 24/7 combat operations across three combatant commands and five geographic theaters, integrating both USAF and Coalition RPA missions, and directing global RPA mission execution as tasked by the Secretary of Defense and President of the United States. As an Electronic Combat Officer, she serves as a systems matter expert on the use of the electromagnetic spectrum and satellite networks for military RPA operations. Prior to her RPA assignment, Major Morgan served as a C-17A Aircraft Commander where she flew rapid global mobility missions in support of the War on Terror, completing multiple deployments and logging over 700 combat hours.

Major Morgan graduated from the U.S. Air Force Academy in 2006 and holds a bachelor of science degree in systems engineering and a master of science degree in space studies. She has been a member of the Space Generation Advisory Council since 2014 and was an organizing committee member for the 2017 Space Generation Congress in Adelaide, Australia. In 2018 she was selected to participate in NASA’s Human Exploration & Research Analog (HERA) program at Johnson Space Center where her 4-member crew completed a 45-day simulated space exploration mission aimed to assess the physiological and psychological effects of isolation, confinement, and sleep deprivation.

Narayan Prasad is a cofounder at satsearch.co and has previously entrepreneurial experiences in India and the United States. He also serves as an Associate Fellow at the European Space Policy Institute where he is leading activities on Europe – India space cooperation. He is a recipient of the International Astronautical Federation’s Emerging Space Leaders award and a member of the International Institute of Space Law.

Keep up-to-date with the latest announcements