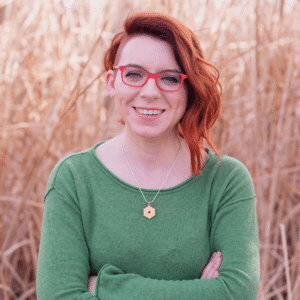 In 2021, members of the Space Law & Policy Human Rights Group spoke with Dr. Tanya Harrison about her role at Planet and the use of Earth-imaging to monitor climate change and human rights violations. Below is a subset of shortened responses from the conversation.

1. What is your role at Planet?

[Tanya] I’m the director of science strategy for the federal arm of Planet. It’s a mix of business development and working with researchers to figure out what they are doing with our data, giving them technical support, connecting them among each other, and taking their feedback to route internally at Planet.

[Update: Since this interview, Tanya’s responsibilities have changed. Tanya is now the “Director of Strategic Science Initiatives at Planet. This role has three main components. First is leading our messaging and engagement toward the global scientific community. Second is translating the work those scientists are doing with our data back to Planet for things like improvements to our products and imagery, or connecting the use cases to commercial applications. The third is scouting for potential partners to collaborate within the science space in the academic, government, and commercial realms.”]

2. What are examples of the types of projects Planet datasets are used for?

[Tanya] It ranges the gambit of deforestation in the Amazon, illegal mining activities around the world, coastal erosion from either climate change or natural disasters, etc. We have folks doing wildlife studies like looking at walrus colonies or habitats of different types of insects or rats. And then we also have folks that use it specifically for human rights work. Human Rights Watch is one of our big users looking at the imagery in places where there might be atrocities happening, disputed border zones, and areas like that.

3. Do you see governments wanting to have this data more? What are some technical limitations to using satellite imagery to protect people and the climate?

[Tanya] I think there’s definitely an interest. We have a lot of data but a lot of the agencies that really need it don’t necessarily have the right people on staff to be able to analyze it, so really the missing piece here is analysts. There are researchers that are telling you what the data says, but they’re doing this in a completely academic sense. You have companies like Planet that are acquiring a lot of data, but you still need somebody to act as a translator in the middle. Like “ok, you told me there are more landslides happening in this particular area. How do I take that as a government agency and act, like planning how to distribute aid?”

Another challenge is access and analysis of data by the people most affected by climate change and human rights abuses. You need a really good internet connection to be able to do something with it, and you may not have the resources to actually figure out for yourself what your community needs. You are now reliant on other countries that don’t necessarily have a stake in your wellbeing. Finding a way to better democratize access to the data is key because we want to empower these communities to be able to help themselves. On the plus side, having this data already there means that countries without the resources to launch their own satellites can go to commercial companies, or to NASA and ESA, to access and understand data.

4. Is there any pushback as a result of privacy concerns?

[Tanya] The privacy concern comes up anytime you talk about high-resolution imaging from space, and for Planet, at least, our images aren’t high enough resolution that you could be tracking individual people. That’s in the realm of government spy satellites. We legally can’t even be in that realm because there’s a limit that the government lets commercial companies image at in terms of resolution.

There are only a few countries that we’re not allowed to work with. But in general, the data is available to the whole world. At Planet, we do have an ethics committee internally that helps to decide if a deal comes in that we think is with somebody that we don’t want to do business with because they’re committing some kind of terrible atrocity, or we think they’re going to use the data for some nefarious purpose. We will refuse to sell it to them and I really admire that.

5. What do you think are the most relevant things to monitor to understand how fast climate change is happening? What should we be focusing our attention on?

[Tanya] That’s a good question. The Arctic is certainly changing more rapidly than anywhere else on the planet from climate change, so monitoring places where you have things like permafrost slumps is a really big deal. You have these areas in Siberia, Alaska, Northern Canada, where a lot of the ground has been permanently frozen since the last ice age, so we’re talking tens of thousands of years. It’s really critical to the structure of the ground and the way that we’ve built a lot of the infrastructure up there. As that permafrost is melting, the ground is subsiding quite substantially, so entire villages are sinking away. We’re having to move entire indigenous villages and it’s quite expensive and obviously very disruptive to these people’s lives. In Siberia, it’s affecting things like the trans-Siberian railway because the rail tracks are getting messed up from the ground, which was pretty flat, now turning into this humusy mess because you have uneven melting. Permafrost melting is a really big issue that we don’t think a lot about because it’s not something that most of us encounter in our day-to-day lives.

The other big thing is monitoring small coral atoll islands in the Pacific, like the Marshall Islands, that are barely above sea level as it is, so as sea-level rise is occurring you’re going to end up with a bunch of people that are suddenly displaced from their homes. It’s going to completely devastate these communities. They get ignored because they’re out in the middle of the ocean and no one is seeing this happen, but it’s causing massive problems already.

6. What’s your favorite or coolest project?

[Tanya] The one that comes to mind immediately is a guy that is studying walrus colonies on the coast of Alaska. The walruses themselves are so big that with Skysat images you can actually resolve an individual walrus, and at Planet resolution you can see the entire colonies because they change the color of the beaches. We were talking to this guy and he’ll fly drones over the walruses to try to map out where they are. Since we had near-daily coverage we actually had pictures of his bright red tent with all the walruses hanging out. Every once in a while, if walruses get spooked by something, they will storm in mass from the land to the water, and there’s a hypothesis that they could be triggered by things like the sound of airplanes flying over, or the frequencies of boats or other human-caused things. It’s a tragedy because so many of them and they’re so big that they trample a lot of other walruses in the process. So they’re trying to figure out: “do we need to put in additional restrictions about where planes can fly, or how close boats can get to the shore in places where we know these walruses hang out?” He was so excited about his work and I learned so much about walruses in discussions with him.