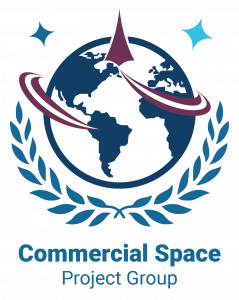 “To create lasting relationships between humanity’s inspired spacefarers, private industries, and public decision makers in the common dream of enabling access to space.”

Statement:
Commercial industries have always been on the leading edge of enabling crewed and uncrewed spaceflight. Today, we stand on the brink of the New Space age, dominated by the innovation and drive of international commercial space companies. All across the spectrum of the current space industry, commercial organizations are making their mark and are subsequently defining how the future of space will look for mankind. From nanosatellites to launch vehicles on the upstream, to wide spread applications on the downstream, commercial players around the world are pushing the boundaries of what is considered to be possible and are subsequently inspiring the next generation of space explorers.

When we think of the term Commercial Space, we do not solely consider companies around the world who are endeavoring to help propel humanity into the stars. We also think of the principle that all people should have the right to be a part of mankind’s reach into the final frontier. This approach has guided our organizational objectives, which are to: