SGAC Announces the Winner of the 2019 Move an Asteroid Competition

SGAC is pleased to announce Manfred Ehresmann as the winner of the Move an Asteroid Competition 2019. The competition challenged students and young professionals worldwide to develop original ideas relating to Near-Earth Objects. The scholarship enables one outstanding SGAC member to attend the 18th Space Generation Congress and the 70th International Astronautical Congress in Washington D.C., United States. 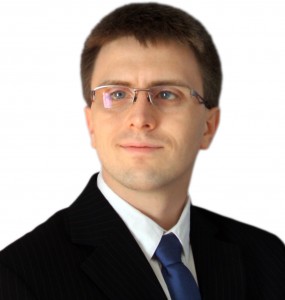 Manfred Ehresmann is a PhD candidate and research assistant at the Institute of Space Systems University of Stuttgart, where he also obtained his degree of aerospace engineering (B.S. and M.S.)). He has been awarded a PhD scholarship of the state Baden-Württemberg to develop a systems engineering software for optimal spacecraft design based on evolutionary algorithms.

Furthermore, Manfred Ehresmann was a founding member and chairman of the small satellite student society (KSat e. V.)  in its founding year 2014 until 2016. A student team supervised and guided by Manfred Ehresmann was able to win an experiment slot on the International Space Station with the “Überflieger” competition of the German Aerospace Center in 2017. The subsequent experiment PAPELL conducted experiments on the mechanic-free actuation of ferrofluids on the ISS successfully in 2018.

Initial technical and scientific connections to celestial bodies were created during his master thesis, where a mission and system analysis for a lunar massdriver was conducted. Parts of this work were later reconsidered for utilizing a massdriver for asteroid mining. The results and knowledge obtained during the development have influenced this study for asteroid deflection.


“I am excited and truly honored to be selected for the Move an Asteroid Competition. I hope that the concept of asteroid surface laser treatment will mitigate future impact risks. Thank you SGAC for allowing me to present this idea to the space community.”

SGAC would like to thank James D. Burke for his continuous support to SGAC and this scholarship. Congratulations to the winner and see you in Washington D.C., United States!