Billionaires in Space: Triumph and Trouble 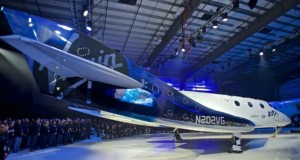 July, August, September, and October have been exciting times for private spaceflight! Following Sir Richard Branson’s successful flight on 11 July, Blue Origin founder Jeff Bezos followed up on 20 July with a successful flight aboard his New Shepard spacecraft above the Kármán line, or 100 km above the Earth’s surface. SpaceX followed this with the first all-civilian mission to orbit on 16 September. Most recently, Blue Origin made headlines by sending Captain Kirk himself above the Kármán on 13 October.   However, despite these companies’ glowing successes, there have been some legal hurdles for future operations.

The Federal Aviation Administration (FAA)  grounded future flights of Virgin Galactic pending investigation of an issue causing the spacecraft to fly outside of approved airspace for over a minute during the 11 July flight. The company was cleared on 29 September following investigation and the implementation of certain changes, though future flights have been delayed as a result.

Slightly less severe is the drama over whether Jeff Bezos earned his astronaut wings during his 20 July flight. The FAA added a requirement that an astronaut “[d]emonstrated activities during flight that were essential to public safety, or contributed to human spaceflight safety.” Whether Bezos and his crew qualified is up in the air, though it is likely they do not.

However, this is not the only legal headache Bezos is currently facing. In an unpopular move that has drawn criticism from rival Elon Musk, the Blue Origin founder filed a lawsuit against NASA over its decision to award the coveted lunar lander contract to SpaceX. Bezos is arguing that NASA did not fairly evaluate the bids from SpaceX, Blue Origin, and Dynetics. His initial protest against NASA’s decision was rejected by the Government Accountability Office.

At the same time, Bezos has caused further frustration with delays in supplying BE-4 engines to the United Launch Alliance, culminating in ULA CEO Tory Bruno asking the question “[w]here are my engines, Jeff” on Twitter. However, Bruno has stated that he expects delivery before the end of 2021.

Despite these legal hurdles, the state of the industry seems strong with more and more players entering the field. As space becomes more and more accessible over the next few years, we are bound to see more legal hurdles and disputes. In any case, things are getting exciting.