Towards a more inclusive space sector for women

SGAC is following recommendations from authorities and therefore all events are currently postponed/cancelled or adapted.
You can read the SGAC Chairs’ Letter on the status of our activities.

In the meantime, SGAC doesn’t stop. Make sure to check our running webinars and online events.
If you want to organize one don’t hesitate to reach out to [email protected] for further information and support. 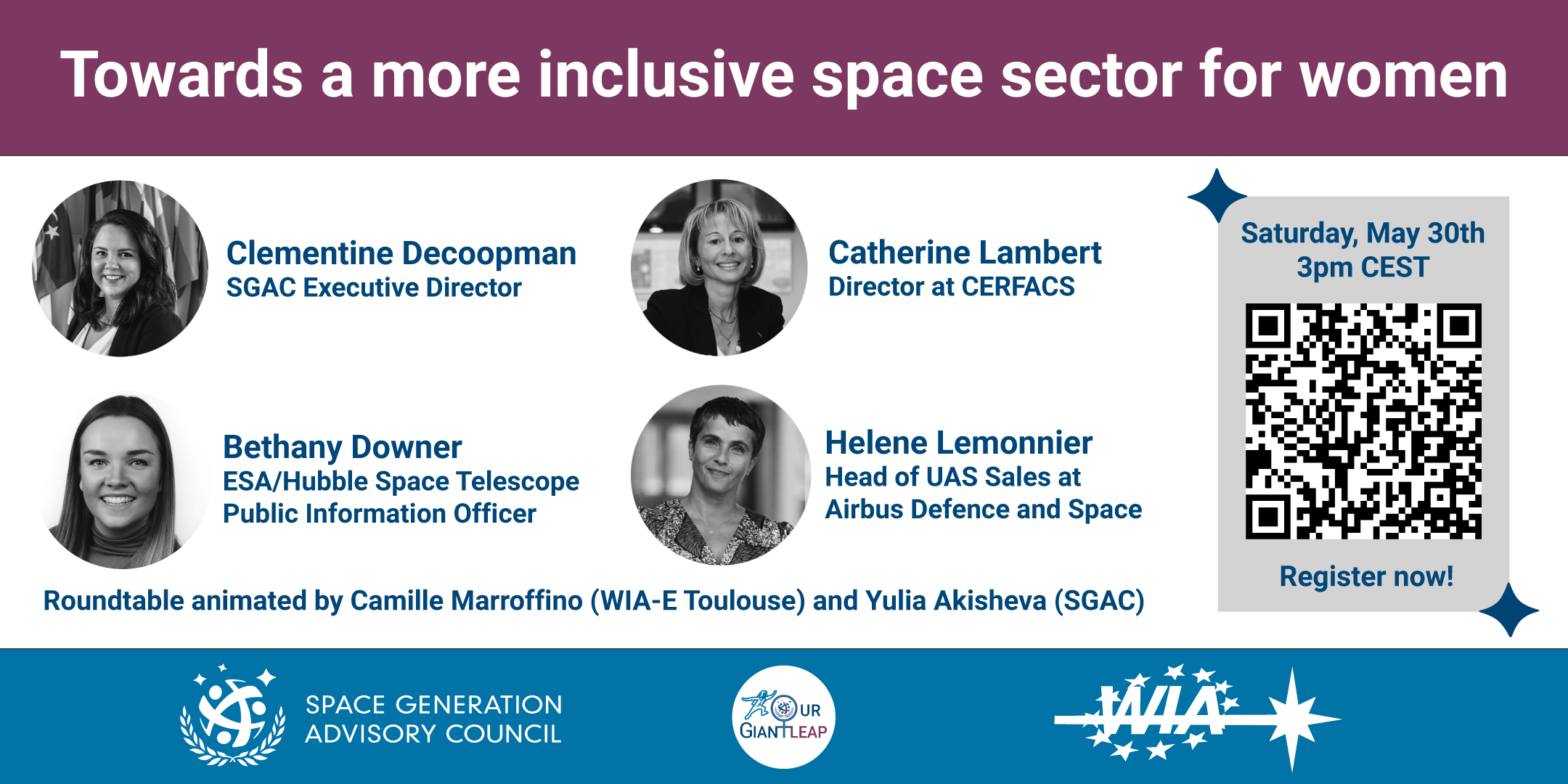 Towards a more inclusive space sector for women

The Space Generation Advisory Council and Women in Aerospace Europe invite you to a panel discussion about diversity and inclusiveness in the space sector. The main focus is the inclusiveness of women.

Four extraordinary professionals will share their compelling vision on the subject, based on their personal experiences.

You can already participate in the event before it begins! Use #AskOGL to ask your questions about the webinar and to our speakers. 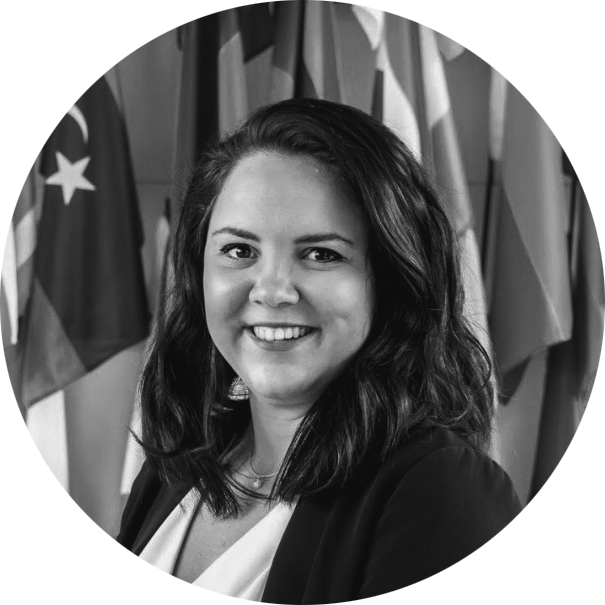 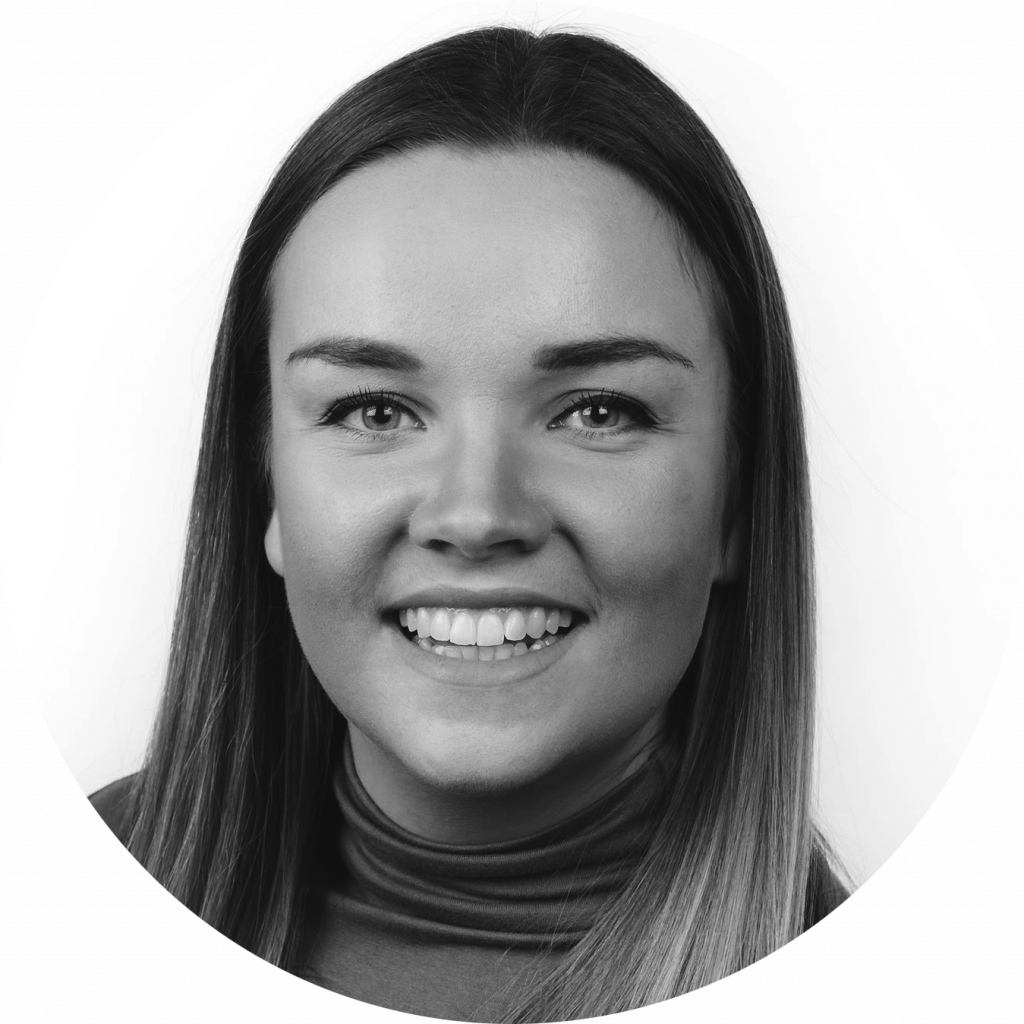 Bethany Downer works around the world in the domain of outreach and communications for space, currently residing in Brussels, Belgium. She manages press and outreach for the NASA/ESA Hubble Space Telescope for the European Space Agency and is responsible overseeing the telescope’s 30th Anniversary celebrations and public engagement initiatives for Europe. Bethany also coordinates the communications for the Space Generation Advisory Council, the UNESCO International Day of Light, the International Astronomical Union’s centenary celebrations (IAU100), and the popular Space Scoop astronomy platform for children. 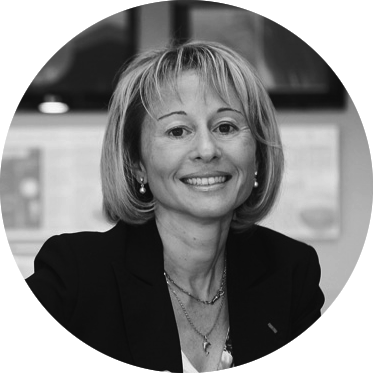 Catherine Lambert has been dedicated to data processing and innovation, throughout her career in the National Centre for Space Studies (CNES) to her current position as head of CERFACS. As such, she is involved in major national and international projects and works closely with the main actors of the space segment.

Her expertise led her to join -among other organisations- the Advisory Committee for Earth Observation in ESA, and the French Academy of Technologies, two prestigious institutions where she provides her insights and understanding. Beyond her career, Catherine is deeply involved in several organisations such as Women in Aerospace (WiA). 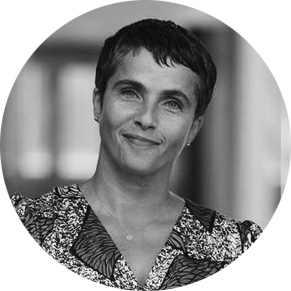 Hélène Lemonnier is the head of sales for commercial and military Unmanned Aerial Systems (UAS) solutions and services in Airbus. Currently based in Munich Airbus Defence and Space Headquarters, she manages a multinational team focused on the business growth of 25kg to several tones’ drones, such as the Zephyr program, the world’s leading solar-electric stratospheric aircraft. Hélène’s impressive career brings insightful vision on the sector: as an agronomy engineer, she first spent 10 years working for SMEs in the Sophia Antipolis technology park, before joining the future Airbus Defence and Space in 2004, where she headed several departments in Earth Observation business before being promoted as head of the UAS sales team.

Beyond her career, Hélène is also the happy mother of three marvellous children and has been deeply involved in volunteer-based organisations on gender diversity such as Women in Aerospace (WiA).