Planetary protection in the era of Mars sample return 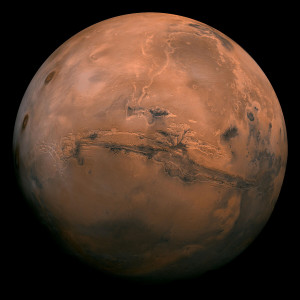 NASA’s Perseverance rover landed on Mars in February 2020, sending an exciting signal that samples from Mars may be returning to Earth in the not-too-distant future. One of Perseverance’s primary missions is to collect samples to look for evidence of microbial life in Mars’ history. In this compelling context, it is essential that we examine our planetary protection policies in preparation for sample return.

What is Planetary Protection?

The History of Sample Return.

The first sample return missions from another planetary body were during the Apollo era when Moon rocks were brought back by American astronauts. Returning astronauts and samples were quarantined and equipment was sterilized. Apollo procedures, however, had too many opportunities for error. By 1970, a series of Soviet missions, the autonomous Luna landers, successfully returned samples drilled from the surface of the Moon three different times. Upon return, they were processed in special containment chambers to protect them from moisture, oxygen, and contamination. In 2010 and again in 2020, JAXA returned samples from their landings on asteroids with the Hayabusa missions. Also in 2020, NASA’s OSIRIS-Rex mission collected asteroid samples and China’s Chang’e 5 mission returned lunar samples.

Sample return from Mars will be unique because, unlike the previous locations, there is a non-negligible chance that samples could indicate the presence of past microbial life on Mars. The urgency to develop strong backward planetary protection policies is multiplied by the fact that Russia, China, and the United States all have ongoing plans for future sample return from Mars, and Japan plans for return from Mars’ moon, Phobos.

Now What? How Do We Prepare For Mars Sample Return?

Debate exists over how stringent planetary protection policies should be. For example, some suggest that policies between Earth and Mars can be loosened because of an ongoing natural exchange of material between the two planets through meteorites, but there are lots of unknowns in our understanding. Current recommendations are conservative and advise classifying returned samples as potentially biologically hazardous, containing and treating them as such. This is not driven so much by concern about a threat to Earth, but primarily by the desire to protect their pristine nature for scientific research.

While there are international recommendations, Martian sample return calls for a more robust international strategy. Cooperation between countries in standards for mission and sample return facility design would enable all stakeholders, including scientists, to feel assured that samples are being properly contained.

What To Look For In The Future.

With the successful landing of Perseverance on Mars and the beginning of sample collection, we can expect conversations about sample return to pick up in frequency and intensity. There are lots of decisions to be made in the coming years, from details of containment facilities to questions on how to coordinate sample return internationally. It is essential that we keep planetary protection in mind.