Welcome to the SGAC Kenya page

Kenya is one of the leading space leaders in Africa, and has a long history in the space science and technology arena. It’s an equatorial state making it ideal for a spaceport. A satellite, Uhuru, was launched from Kenyan soil in 1970 to study celestial X-ray astronomy. It hosts the Luigi Broglio Space Centre in Malindi at the coast. Rockets were launched from the centre, the last being in 1988. A cubesat developed by university students was developed in 2018, and the Kenya. Currently, Kenya is building its space community within the country, and reaching out to viable collaborators such as Japan, the EU among others, towards developing space based products including satellites. It is projected that in the next decade, Kenya will be a major African space player, contributing to not only favourable equatorial location, but also the ever growing space expertise in the country.

One of the successful events we held with the Technical University of Kenya students. 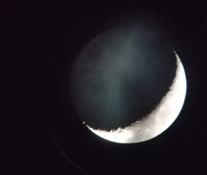