Welcome to the national page of Jordan! While Jordan does not have a space agency of its own, its interest in space is starting to gain momentum. The space movement in Jordan is almost entirely driven by the younger generation, that’s no surprise considering Jordan’s median population age of 21. Last year, the first-ever Jordanian satellite, given the name JY1Sat, was launched aboard SpaceX’s Falcon 9 from the Vandenberg Air Force Base in the United States on the 3rd of December 2018. It is named in tribute of the late King Hussein who was an amateur ham radio operator; his call sign was “JY1”. The project was built by Jordanian students from various universities and was funded by Jordan’s Crown Prince Foundation. 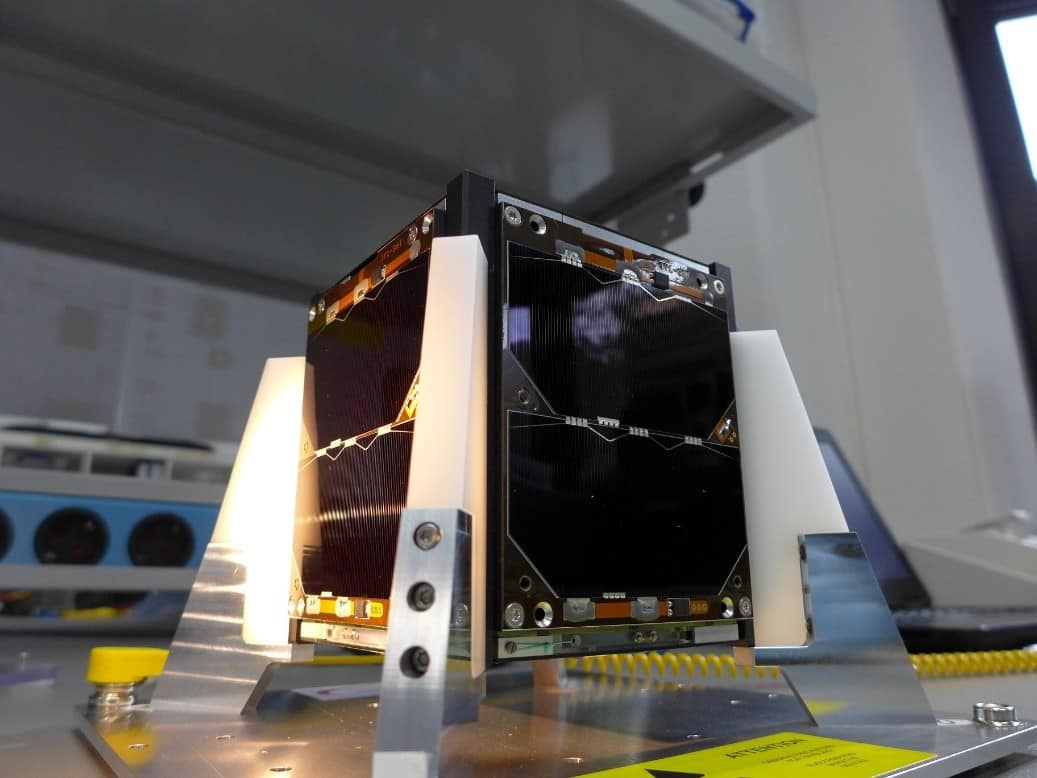 The Crown Prince Foundation, a youth development organization established by the Jordanian Crown Prince, with the Royal Jordanian Radio Amateur Society (RJRAS) supported a team of 13 university students from various Jordanian universities to work on the 1U CubeSat, supervised by a group of experts and academics through weekly meetings at RJRAS. The initiative was named “Masar”, which translates to “Pathway” to mark it as a step along the path of Jordanian space advancements. The launch of the CubeSat primarily aims at implementing educational research objectives. It is used to promote tourism in the Kingdom through broadcasting images of touristic places and heritage sites in Jordan. Additionally, a voice message by the Crown Prince was recorded on the CubeSat and is available for all radio stations around the world to listen to. 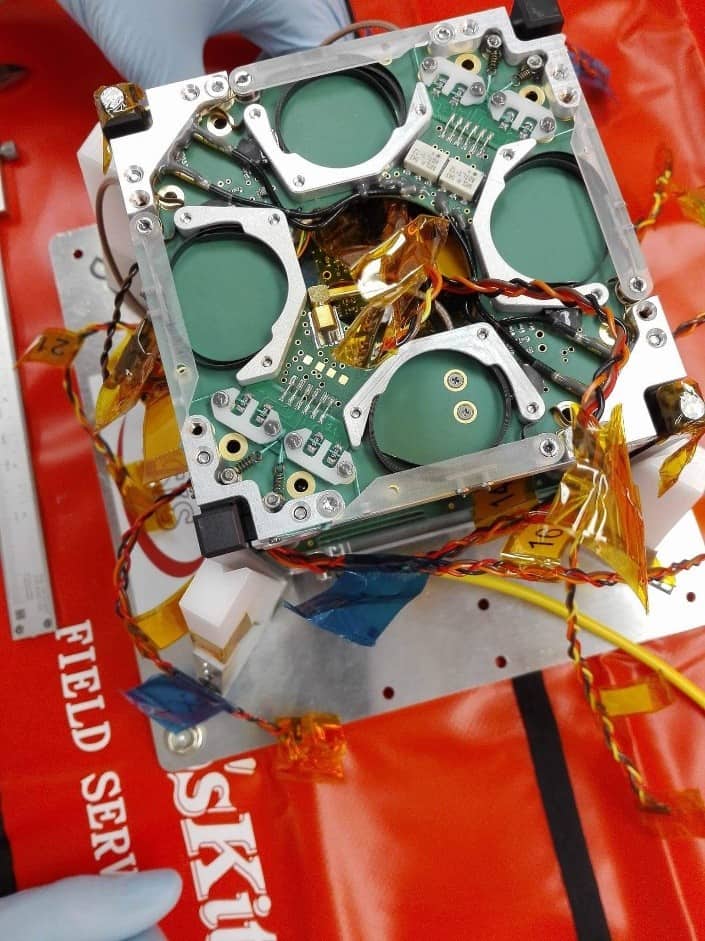 JY-1 Sat from the inside showing the stowed antenna

Now, let’s get a bit technical, the satellite works on the amateur radio bands, 145.8 MHz (VHF) for uplink and 435.9 MHz (UHF) for downlink. It carries a 20 kHz UHF-VHF linear transponder to be used by amateur radio operators. The images of touristic sites are transmitted through SSTV. Also, the team, with great help from RJRAS’s advisors, built a full ground station to operate the satellite in the RJRAS headquarters, Amman.

It has to be mentioned that the satellite was not built from scratch by students, since the facilities in Jordan do not yet have the ability to fully manufacture them, so lots of parts, like all student satellites, were bought from vendors. However, the ground station was built entirely from scratch by the students using off-the-shelf components. Since its launch in December, last year, the satellite is still in orbit and functioning well, achieving all the goals for which it was built and marking a new era of space-related technological advancements in Jordan.

The first-ever SGAC workshop in Jordan was organized last February. The workshop aimed at assessing the state of the space sector in Jordan and discussing the possible ways to develop it within the available resources. The workshop was a hard-won but nevertheless huge success. We discussed with many decision-makers in Jordan on how to approach the matter, made agreements on future plans, and signed affiliations with multiple organizations to support building capacity of students and professionals capable of carrying out space-related projects.

The biggest outcome of the workshop was writing a proposal to establish a Space Regulatory Commission in Jordan, a seed for a space agency, that regulates all space and astronomy-related activities in Jordan and empowering space and astronomy projects, all the while involving more people into the space society in Jordan as well as organizing workshops and courses. We are still working on further steps. Progress is admittedly slow, but it’s as unwavering as we are. If this project came to be, it will be the biggest step Jordan has ever taken towards space as a first step in the long road toward establishing a proper space program in Jordan.

Part of the first SGAC workshop in Amman. Feb, 2020