Welcome to the SGAC Oman page.‎‏ ‏Sultanate began attention in the field of space and astronomy before the creation of ‎the Department of astronomical Affairs in the Ministry of Endowments and Religious Affairs which includes three sections: ‎section monitoring Crescents, the Department of astronomical observatories, endoscopes, the Department of ‎Astronomy and Calendar reports and be of its terms of reference: Follow-up monitoring of Hegira months, cosmic phenomena, supervise the work of committees, sub-‎field observation Crescents, coordination among themselves on communications for investigate crescents holy month of ‎Ramadan, Eid ‎and prayer timings As well as continue to run telescopes, observatories, supervise the maintenance, accuracy in ‎performance and prepare reports for astronomical migratory months.

n addition to participating in conferences, seminars, lectures and exhibitions relating to the ‎astronomy science, follow the news and information cross the World Wide Web with regarding phenomena ‎of cosmic, continuous communication cooperation with the authorities that have to do the same field within and outside the Sultanate. ‎After that had been working on the establishment of the Astronomical Society of Oman in May 2004 after the fifth astronomy Gulf meeting which was held at Sultan Qaboos University. Then rolled several meetings to setting goals and ‎put Society system by consulting with stakeholders from the Ministry of Social Development and recommending the members of the Board of Directors to begin the adoption and publicize the Society actions. Reached the number of founders were 50 of who are interested in astronomy science. Society was declared on Saturday, June 7, 2008 by Ministerial decision of the Minister of Social Development. Its aims to gather who are interested astronomy in Oman for the purpose of exchange and dissemination of knowledge in this field through a series of workshops and meetings for members and interested. So Omanis interested in astronomy science since the era of Sinbad Oman and close attention to their daily lives.

Space exploration projects in the Sultanate of Oman will achieve big leap in the march of comprehensive development,‎ It ‎will translates as cultural and technical development reached by the Country,‎ We will work on a new technical challenge ‎program results and looking for youth in Sultanate of Oman to be involved and contribute to the field of Space Projects in ‎every ‎them Specialty.

The seventh Astronomical camp for families 29 – 31 August 2013; Jebel Shams‎, Oman Organized by the Astronomical Society of Oman in the summer activities. Where its activities are held the tourist resort of Jebel Shams, which lasted for two days, the first day has included many passages, including an explanation of how to do telescopes. And work of photographing the sunset Competition. Then the President of Public Relations and Media lecture about (the astronomical heritage of Oman). Also held a workshop for the little astronomer and explain sky Page and astronomical observation for men and another for women. Also they held an evening recreational for adults and astrophotography then spent attendance free time in roaming within the resort for an overview what is in the resort of different services prepared for visitors as well as meetings between the participants.

Interesting Weblinks for the Young Generation in Kuwait 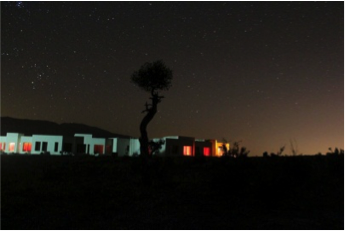 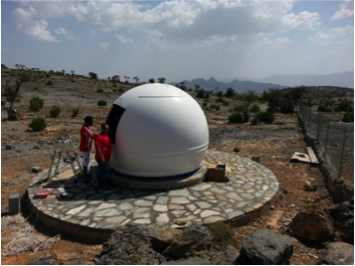 Preparing for an evening of astronomical observations

Research, Collection, Preservation and Study of Omani Meteorites‎ 14 December 2012; Ministry of Commerce and Industry‎, Oman Regarding the draft study meteorites Omani properties which the Ministry of Commerce and Industry began work on it. It was cooperation with the Swiss Museum of Natural History and the University of Ottawa in Canada in order to assemble a number of pieces of meteorite to conduct laboratory tests and the completion of studies on them. There is also another project entitled “research, collection, preservation and study of Omani meteorites” It aims to understand the processes and conditions that lead to enrich the Omani desert meteors, and knowledge rates of the fall of meteorites per 1 ‎Km ‎ sq. in the year, and knowledge of operations and rates of erosion by collecting meteorites 5899 meteorite pieces. 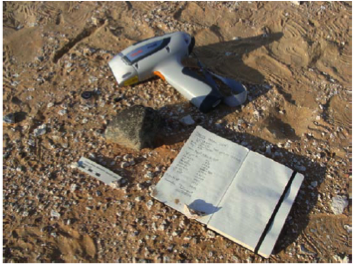 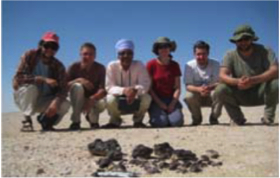 10th Arab Conference on Astronomy & Space Sciences 05 – 08 Feb 2012; Muscat, Oman 10th Arab Conference on Astronomy & Space Sciences which was held from 5-8 Feb 2012 in Muscat, Sultanate of Oman. The theme of the Conference was “The Role of Astronomy and Space Sciences in Developing Contemporary Societies”. The conference mainly dwelled on areas such as space-based earth observations and monitoring, innovations in astronomy and space science education, astronomical projects and observatories, youth and amateur astronomy research projects, peaceful usage of outer space technologies; and solar activities and climatic change relations. 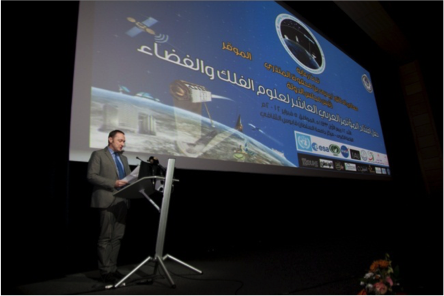 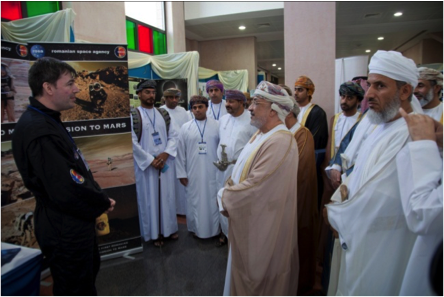 Interesting Web Links for the Young Generation in Oman