Palestine is lucky in terms of space involvement.  For starters, in history, in order to show that Palestine is indeed connected to space and astronomy, here is a notable achievement of Palestinian astronaut and scientist Issam El Nemer, who worked at a pioneer missiles production factory in California.

After that, Nemer moved to work for NASA in Houston, Texas, where he led the experiment group of the moon spacecraft and was involved in launching Apollo 11, the spaceflight that safely landed the first humans on the Moon on July 20, 1969.

Stephen Hawking, a world-famous quantum cosmologist, visited Birzeit University on 13 December 2006, where he gave a lecture on the origins of the universe which drew hundreds of faculties and students. He also supported the establishment of UNESCO Chair in Mathematics and Theoretical Physics in 2006 at Birzeit University in the occupied West Bank Palestine has benefited from a special UNESCO scientific project, the first of its kind in the Arab world. The UN organisation has established the Chair in Astronomy, Astrophysics and Space Sciences at the Islamic University of Gaza in association with Al-Aqsa and Al-Azhar Universities in the besieged territory. The aim of the project is to promote teaching, research and outreach activities in the named subjects throughout Palestine. 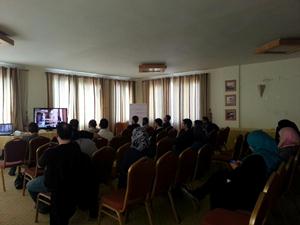 In Palestine, many of the aerospace related activities are youth oriented. Most of these activities take place at Diwan Ghazza’s Amateur Astronomers club 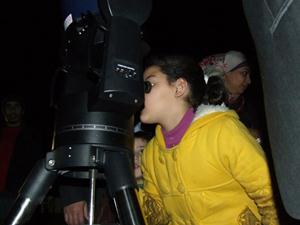 Miscellaneous From Burj el Barajneh Palestinian Refugee Camp to rocket science: Khaled from Nazareth. His story has been a great inspiration among the community. You can read it here. Palestinians Artwork collaborative initiative