Results of Regional Coordinator Election in the Asia-Pacific Region

SGAC held elections in December 2019 to elect the next Regional Coordinators (RC) in the Asia-Pacific Region.

We are happy to announce the selection of Kenta Watanabe (Japan) and Bernadette Detera (Philippines) as the new Regional Coordinators for Asia-Pacific.

Detailed election results and the profile of the applicants follow. We would like to take this opportunity to thank the former Regional Coordinators, Zihua Zhu  (China) and Shashank Khurana (India), for their service in this role.

The election received four applications for two regional coordinator positions. 18 NPoCs out of 32 took part in the election, with the following result: 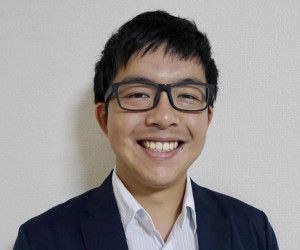 Kenta is currently working as a flight controller of the International Space Station (ISS) at Tsukuba Space Center in Japan. He specializes in IVA (Intra-Vehicular Activity) and EVA (Extra-Vehicular Activity) to support astronaut activities taken place inside and outside of ISS, especially the Japanese Experiment Module (JEM), so-called “KIBO”. In regard to his dedication to work, he was officially awarded the “JSC Group Achievement Award” from NASA in 2019. Prior to this, he has obtained a Master’s degree in Engineering from Yokohama National University, Japan in 2017.

As a Japanese Scholarship Delegate, Kenta has first joined Space Generation Congress 2014, Canada. Since this time, Kenta has been joining SGAC activities actively and elected as a National Point of Contact (NPoC) Japan in 2015. He has been working as NPoC for 4 years and dedicated his time to coordinate with all SGAC members in the world. In 2019, he was elected as AP-SGW 2019 Event Manager and completed the workshop successfully with about 90 participants. Finally, he was elected as a Regional Coordinator in the Asia-Pacific region in January 2020.

This is what Kenta had to say about his election:

I’m really honored to be elected as a Regional Coordinator in the Asia-Pacific area and thank you so much for all of the NPoCs and supporters who recommended me in the election. I’m going to make the most of this opportunity to spread SGAC activities in the Asia-Pacific region as “Coordinator” by putting together ideas and suggestions provided by SGAC members in the region. Additionally, I’m willing to strengthen the relationship with SGAC executive committee to support SGAC related events/projects and to solve any problems in the region more smoothly. I’m pretty sure that we can develop the space industry in the region by taking advantage of SGAC network that is one of the strongest in the world.

I have two perspectives for the responsibility of the Regional Coordinator. The first one is a good relationship with NPoCs and SGAC members in the Asia-Pacific area. For that, I’m going to have a small talk with you to share our thoughts and visions to build a relationship of trust. After that, I’m going to keep in touch with you continuously to understand the situation in your countries and do my best to try to solve the problems you have in mind. The second one is a good relationship with SGAC executive committee. The role of Regional Coordinator is to put together ideas and suggestions to develop the space industry in the region and I’m convinced that there will be some problems that might be difficult to be solved without the support of SGAC executives. Thus, my role is to build a good relationship with SGAC executives including Regional Coordinators in the other region to lead better ideas to solve the problems. For that, I’m going to keep in touch with SGAC executives including the other Regional Coordinator in the Asia-Pacific region to make an atmosphere to support each other anytime.

In summary, the highlight of my vision is to build a good relationship with SGAC executives and NPoCs by communicating frequently to spread SGAC activities in the Asia-pacific region. Simultaneously, I’m willing to try something new in the Asia-Pacific region by discussing with the other Regional Coordinator and NPoCs to raise the presence of Asia-Pacific in the SGAC community. 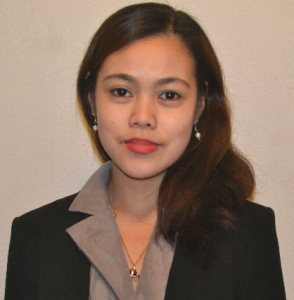 Bernadette Detera is an Industrial Engineer graduated from the University of the Philippines Diliman. After working in the industry for a few years, she is currently pursuing her Master’s Degree in Systems Engineering at Keio University Graduate School of System Design and Management in Japan, doing research on applications of satellite technology, particularly Global Navigation Satellite System (GNSS), to solve social issues. In her capacity holding various leadership positions in the UP Astronomical Society, she has been actively involved in the promotion of astronomy education and awareness among students and the general public in the country where they organize astronomy and space promotion activities such as astronomy conventions, camps, and public lectures to name a few. She is also a volunteer of Manila Street Astronomers, which does free telescope viewings to the public. She has been an active member of SGAC having participated and organized various SGAC events including four Asia-Pacific Space Generation Workshops (AP-SGW). She was the Event Manager of the 5th AP-SGW in Singapore last 2018. Her interests include outreach, STEM education, astrophotography, project management, space business, and systems thinking. Currently, Bernadette is the National Point of Contact (NPoC) of the Philippines.

This is what Bernadette had to say about her election:

I am beyond grateful for this opportunity. Thank you so very much! Never have I imagined my SGAC journey would come this far. The Asia-Pacific region, while being geographically dispersed and culturally diverse, has a lot of potentials and is now accelerating its way in this new space era. This is indeed an exciting time, not only for the major space actors in the AP region but most especially for the emerging space actors that we have. And this growth definitely involves us, the young generation of space professionals. I am deeply honored to serve the Asia-Pacific region and boost our #spacegen activities. Looking forward to starting this journey and to serve SGAC and the AP team in this capacity. Ad astra!