Results of Regional Coordinator Election in the European Region

Results of Regional Coordinator Election in the European Region

Detailed election results and the profile of the applicants follows. We would like to take this opportunity to thank the former Regional Coordinator, Alexandra Jercaianu (Romania), for her invaluable contributions during the past four years.

Detailed election results and the profile of the applicant follows.

The election received four applications for one regional coordinator position.

23 NPoCs out of 40 took part in the election, with the following result:

The turnout of the election was 57.5%. As two candidates got the same amount of votes, the Chairs together with the existing Regional Coordinator had to decide by consensus the candidate to be elected as the new Regional Coordinator for Europe. Please find below the relevant Bylaw 5.3.4.:

Bylaw 5.3.4. In case of a stalemate after the vote of the National Points of Contact, the Chairs together with the existing RC shall decide by consensus.

23 NPoCs out of 40 took part in the round 2 election, with the following result:

Antonio Scannapieco is therefore declared the winner of the election for Regional Coordinator of Europe.

SGAC congratulates all candidates who took part in this election.  Thank you for your participation and involvement. 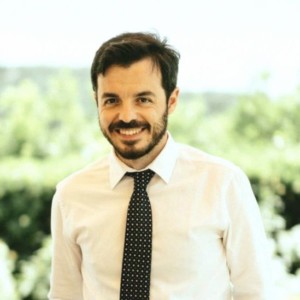 “Antonio is currently working as Product Owner for Volocopter GmbH, a company pioneer in the Urban Air Mobility field. Previously, he was Senior Autonomous Flight Engineer for Volocopter and Autonomous Driving Engineer for Stellantis – formerly known as FCA – focusing on cutting-edge technologies for autonomous systems. He was also active in academia, with a postdoc – and then a visiting fellowship – at Cranfield Defence and Security working in the space-related project H2020 I3DS and with DSTL.

Antonio holds an MSc in Aerospace Engineering (2013) and a PhD in Industrial Engineering (2017) awarded by University of Napoli “Federico II”, Italy. During the PhD, he joined Fraunhofer FHR (Germany) as Visiting Researcher. He was also the Rapporteur in the “Highly Integrated Distributed Systems” session at IAC 2018 and has served as Mentor for Constellation organization. From 2020 to 2022, Antonio served as National Point of Contact for Italy in SGAC and was recipient of the European Space Leaders Award in 2022.”

This is what Antonio had to say about his election

“I am extremely grateful and honored to be elected as Regional Coordinator for Europe. I would like to thank the European NPoCs that supported my candidature and all SGAC members that invested time to give feedback and discuss ideas with me over the course of last years: working to support them, their ideas and the Region is a great responsibility and great pride.

My focus during the next two years will be on consolidating the foundations laid by my predecessors and ensuring a sustainable growth of the European Region in line with the strategic plan of SGAC. I will bring my enthusiasm towards empowering diversity – a cornerstone in a growing community where each voice counts –, improving communications and guaranteeing more opportunities to attend events for professional growth and to develop new projects. I will not be alone in this, and I am sure that together we will explore even more opportunities for our Space community!”