SGAC held elections in December 2018 to elect the next Regional Coordinator (RC) in North, Central America and Caribbeans.

Detailed election results and the profile of the applicants follows. We would like to take this opportunity to thank outgoing Regional Coordinator, Juan Gramajo (Guatemala), for his two years of service in this role.

2 NPoCs took part in the election, with the following result: 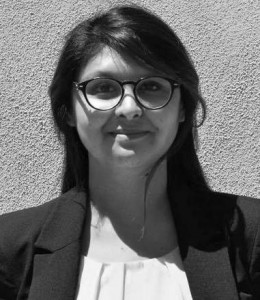 Tania Robles is a senior Mechanical Engineering student at Universidad Nacional Autónoma de México. She is cofounder and former director of the Asociación Aeroespacial de la Facultad de Ingeniería  and National Point of Contact of Space Generation Advisory Council in Mexico from 2016 to 2019. She has participated in science and technology outreach associations and amateur astronomy societies, and 3 years of experience in science journalism at the National Council of Science and Technology.

She has collaborated with the Thematic Network of Science and Technology, Sociedad Mexicana de Ciencia y Tecnología Aeroespacial, Programa Espacial Universitario and Agencia Espacial Mexicana. In 2016 she received a scholarship to attend the International Space Summer School at Samara University in Russia and in 2017 to participate in the Southern Hemisphere Space Studies at International Space University and University of South Australia in Adelaide, Australia.

In September 2018, she was recognized with the Space Generation Leadership Award in Bremen, Germany. At the beginning of 2018, she was part of Crew 187 LATAM-II in the Mars Desert Research Station as Crew Journalist. Last December she was the Commander of MDRS Crew 201, where she was awarded with the Emerging Space Leader Scholarship.

This is what Tania had to say about his election:

Met SGAC in 2011 when I couldn’t even be part of the organization. SGAC has opened the doors to me to get involved with the space sector and develop my career. I am very happy and excited to receive this new opportunity to collaborate with the NCAC region. In this new position, I will seek to promote the integration, active participation and growth of all the actors in my region.