Results of Regional Coordinator Election in the South American Region

SGAC held elections in December 2018 to elect the next Regional Coordinator (RC) in the South American Region.

We are happy to announce the selection of Oscar Ojeda (Colombia) as the new Regional Coordinator for South America.

Detailed election results and the profile of the applicants follows. We would like to take this opportunity to thank outgoing Regional Coordinator, Avid Roman-Gonzalez (Peru), for his four years of service in this role.

The election received two applications for one regional coordinator position.

5 NPoCs took part in the election, with the following result: 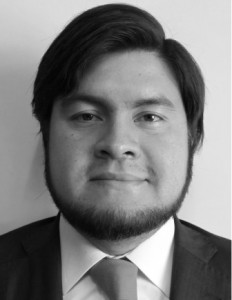 Oscar Ojeda, Colombia, is a master’s student in the School of Aeronautics and Astronautics at Purdue University. He graduated as a Mechanical Engineer from Universidad Nacional de Colombia, where he founded and coordinated for 5 years the Aerospace Research and Development Group (GIDA-UN). As part of this group he developed projects in the fields of rocket propulsion, mission design, autonomous and remote vehicles, and more recently on the fields of human exploration, with the development of the first colombian Space Suit Simulator, Cóndor, and the development of a dome for analogue crops research, as well as participated in the crew 187 at the MDRS, and is scheduled to be the commander of the crew 203, the first 100% colombian crew at the MDRS. As part of this group he also developed an introductory course for first year university students called introduction to aerospace science and engineering. Amongst the SGAC, Oscar has been part of the teams that have developed the South American Space Generation Workshops, being manager of the 4th, developed in Bogotá, his hometown. He was also the National Point of Contact for Colombia for the past 2 years.

This is what Oscar had to say about his election:

I’m really grateful and happy for the opportunity to keep working for the South American region! I’m sure there’s great potential, and also challenges to overcome, but with hard work and being united as a region, we can push forward the space field in the region, and give room and opportunities for the new generation.