In June 2017, President Trump signed an executive order reconstituting the National Space Council (“NSpC”), which operated last during President George Bush’s administration. The Council is chaired by Vice President Pence and includes the Secretaries of State, Commerce, Transportation, and Homeland Security, as well as the heads of the Office of Management and Budget, the National Security Advisor, Director of National Intelligence, NASA Administrator, Deputy Secretary of Defense, Deputy Chief Technology Officer, and the Vice Chairman of the Joint Chiefs of Staff. The NSpC aims to ensure coordination between civil, commercial, and national security space priorities in the United States. This iteration of the NSpC also includes a Users’ Advisory Group (“UAG”), chaired by Admiral James Ellis and featuring experts from industry and academia who provide unique insight and counsel to the NSpC members regarding policy proposals.

The meeting explored how SGAC, an organisation founded to provide the voice of the next generation of students and young professionals to the industry, government, space agencies and academia, could provide direct input to the UAG and further engage the young generation to get involved in space-related activities and discussions.

The meeting was positively reflected in Adm. Ellis’s remarks during the 4th meeting of the National Space Council, where he noted:

“Finally, as I noted earlier, mindful that we are on a panel to represent all users of space, the UAG has conducted outreach panels at major domestic and international space events over several months. We will continue to seek input on ideas, issues, and innovations, specifically targeting industry leadership, experience aerospace veterans at all levels, and importantly, the up and coming new generation of space professionals. By way of example, Mary Lynne Dittmar and I met with a large group from the Space Generation Advisory Council earlier this month at the International Astronautical Congress in Bremen, Germany, where Administrator Bridenstine was also speaking powerfully. The SGAC, Space Generation Advisory Council, with over 13,000 members, represents the largest network of students, young professionals, and alumni in the global space industry. In a note of appreciation, I received after our session, the organization’s Executive Director said ‘The UAG is a perfect platform for SGAC to provide an opportunity to its members to actively contribute to space-related activities and discussions.’ ”

This meeting was focused on the President’s proposal to create a sixth branch of the U.S. military, called the Space Force. 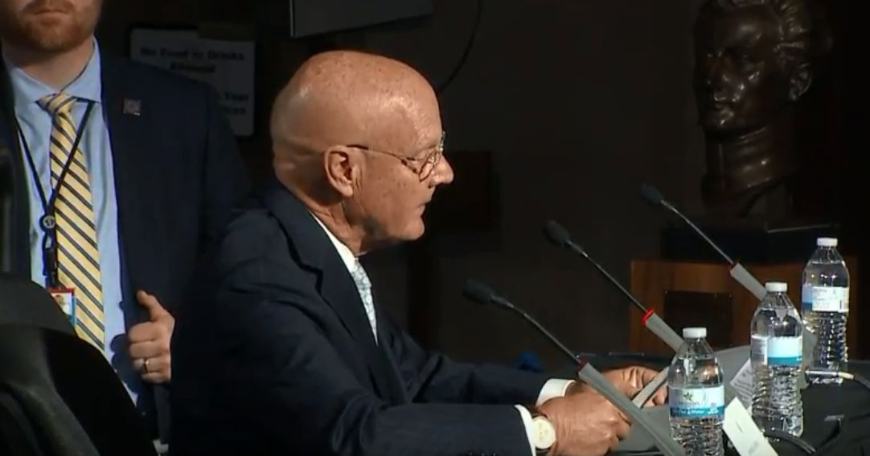