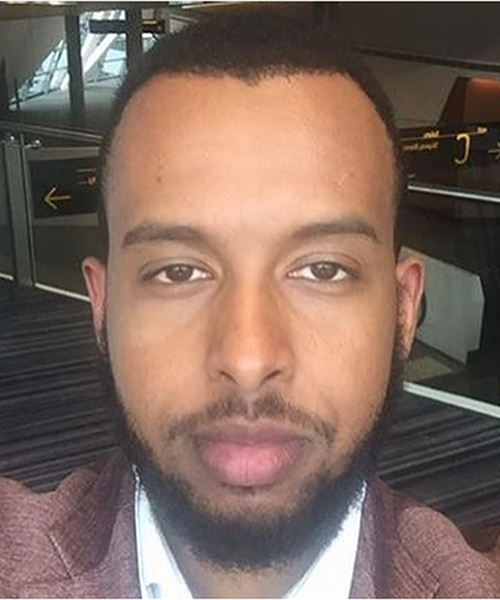 Ahmed Abdi is the founder & programme manager of Africa Space Workshops and currently the SGAC Africa Regional Partnerships Manager. As a former refugee who fled a civil war from Somalia, Ahmed Abdi is very passionate about democratizing the access to space and helping create and establish African space startups by advocating space entrepreneurship, and organising space workshops in the continent which will contribute to advancing space exploration and entrepreneurship

I have been part of the SGAC for more than five years. I have tried to be actively involved where possible with SGAC events. The first ever SGAC event I had the privilege of attending was the SGC2017 in Adelaide, Australia. There I had the pleasure and privilege to attend both the SGC and the IAC. I noticed the lack of presence and representation from emerging and non-space faring nations. It is then where I promised myself to get as actively involved with SGAC and other space organisations to increase the presence and representation of those nations, particularly the youth.

November 2018 I was chosen as the SGAC Africa Regional Partnerships Manager. This was my opportunity to put the vision that I had in action and this is exactly what I promised to do.
Summer 2019 I organised Somalia Space Workshops where I speakers from NASA, ESA, Nanoracks, SGAC among others giving video presentation to inspire young Somalis to pursue space exploration. This was very inspirational and eye-opening for young Somali students as it was the first time anything space was organised in the country, especially, considering the fact that the country is still recovering from civil war. Where even there were bombs going off in the capital. Therefore, exposing the young Somali students to what is possible and the universe out there outside of this world was something that added igniting their imagination. Because of Somalia Space Workshops I was chosen as the SGAC Member of the Month for September 2019 and now chosen for the Pioneer Award 2019.