Results of Regional Coordinator Election in the Asia Pacific Region

Results of Regional Coordinator Election in the Asia Pacific Region

Detailed election results and the profile of the applicants follows. We would like to take this opportunity to thank the former Regional Coordinator, Kenta Watanabe (Japan), for his contributions during his two-year term.

Detailed election results and the profile of the applicant follows. Antonio was the only candidate that ran for the election. Majority of the votes supported that candidacy and hence Antonio has been elected as Regional Coordinator.

23 NPoCs out of 37 took part in the election, with the following result:

The turnout of the election was 63%.  Since the majority supported Antonio’s candidacy, he is elected as the next Regional Coordinator of Asia Pacific Region. 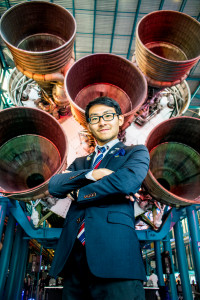 Antonio Fowl Stark (KangSan Kim) is an international business analyst and space policy consultant specializing in the Asia-Pacific. Antonio works at the intersection of governance, academia, and industry, providing insight on the sustainable exploration of space and the development/utilization of space resources. Antonio has worked in SGAC since 2016, working in various roles at the PR&Comms team and the Strategic Partnerships team, as well as serving two terms as the NPoC for South Korea. On weekends, you can find him diving in the Pacific ocean enjoying the microgravity experience.

This is what Antonio had to say about his election:

It’s an honor to be selected as the Regional Coordinator for the Asia-Pacific region. With increasing democratisation and commercialisation of the space sector, the Asia-Pacific region showcases many of the most vibrant new players into the industry. New space agencies, startups, and international alliances in the region provide ample opportunities for SGAC to add value. Most of all, I’m excited to continue working with the incredible group of NPoCs and SGAC members in the region, with whom I’ve had the honour of working with for the past four years.