Detailed election results and the profile of the applicants follows.

The election received four applications for one regional coordinator position.  One application was withdrawn and the other did not meet nomination criteria.

18 votes were received in the election.  Three of them are deemed not eligible or valid either because they are not an active NPoC or has conflicts of interest.  The election concluded with the following result:

Roxy Williams is therefore declared the winner of the election for Regional Coordinator of North, Central Americas and the Caribbean Region.

SGAC congratulates all candidates who took part in this election.  Thank you for your participation and involvement. 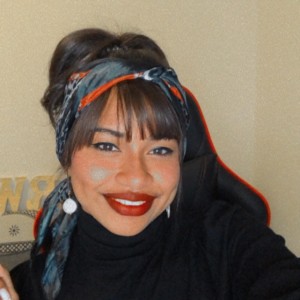 Roxy studies Software Engineering in ULACIT – Latin American University of Science and Technology Costa Rica. She is currently the president of the Society of Women in Space Exploration CR. Last year, Roxy was selected as one of the 30 IAF Emerging Space Leaders. She received the SGAC Pioneer Award 2021 and the NPoC of the Year for the North, Central America and the Caribbean region in SGAC for her contributions. She was also selected as a student Scholar for the Grace Hopper Celebration, the largest gathering of women in computing. Roxy also worked as a lead of the Command & Data Handling and Comms subsystems on a Mercury Sample Return Mission Design for the SGAC Space Exploration Project Group RAISE team. She is a young female passionate about space, who is driven by diversity and inclusion and who strongly promotes space education in her region.

Roxy worked on a CubeSat design with the Brazilian National Institution of Space Research – INPE, she worked on the design of a Lunar Hospital using Lava tubes. Roxy also worked on a solution to determine the most suitable sites for shelters for the Caribbean coast in Nicaragua with scientist MSc. Filo Gomez from NASA SERVIR.

This is what Roxy had to say about her election

“I’m honored to have been selected by the NPoCs of the NCAC region for this position. The vote of each one of you shows that you trust me to be your voice, you trust me to continue the legacy of our previous RCs, and I cannot thank you enough for the confidence that you have shown. I fully understand the responsibilities that you all have bestowed upon me. I am very happy to have the opportunity to work with all of you towards reaching our goals. Together we will be able to bring more opportunities in the space sector for the region and continue expanding our SGAC network in the North, Central America and the Caribbean region. I leave this quote to you all which I have created to encourage myself  “Speak out loud so the World hears you and the universe shines for you”.”