What do you think being an SGAC Pioneer means?

SGAC Pioneers: Our moonshot – Where we came from, and where we’re headed

SGAC Pioneers: Antonio Stark and Roxy Williams tell us their story in SGAC. 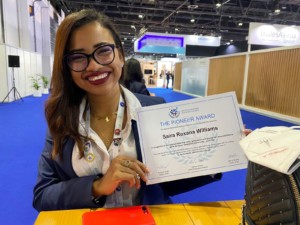 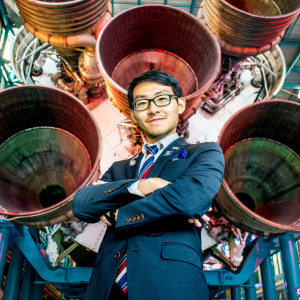 In 1968, the United Nations hosted the first conference on the exploration and peaceful uses of outer space, followed by the second and third conferences in 1982 and 1999. These events would be named UNISPACE I, II, and III, respectively.

In 2018, UNISPACE hosted UNISPACE+50 to recognize 50 years of UN-level participation in space exploration. Alongside this, SGAC hosted SGF 2.0, a celebration and recognition of its ~20 years of existence. I can remember how vividly the founders of SGAC came together to recall the earliest days of SGAC and how much the global space environment grew in those two decades. In the halls of SGF 2.0, Anthony Yuen and Chantelle Dubois were named the first-ever SGAC Pioneer Awardees. I couldn’t believe how anyone could dedicate so much time to an organization with such high ideals.

2021 marks my fifth year of SGAC – five years in which I met countless passionate individuals working to grow SGAC as both an organization and a community. SGAC is now a completely different organization than I first came into, with a multifold increase of global membership and active personnel. Our UN representation is a small part of the worldwide network of events, webinars, and research that we partake in on a daily basis. I served in at least 20 different roles during my five years at SGAC, and I am yet to uncover the full potential of what SGAC can do for the world.

The founding documents of SGAC at UNISPACE III called for inclusivity, sustainability, and participation. These goals have hardly changed, but our methods in achieving them have progressed immensely. Our network of volunteers is creating new content, sourcing experts, advocating for causes, and introducing new research into academia. SGAC’s mantle is now taken up by digitally savvy teams that provide financial and non-monetary resources to teams in every corner of the world. SGAC is becoming a powerhouse for technical innovation, global advocacy, policymaking at various levels, and a hub for education and learning.

My vision for SGAC lies in continuing this legacy of innovation and change. SGAC is now something its founders would have never thought possible, in a world inconceivable just a few decades ago. SGAC has the momentum to do good where few other organizations can attempt. At the same time, our grassroots infrastructure allows us to be lean and representative of our diverse constituencies. As an SGAC Pioneer, I feel the responsibility to be the hub of these fronts. I believe I can connect the multiplying complexities of our organization to better align ourselves in our next giant leap. Our growing resource of expertise and network can be harnessed to spotlight issues and spearhead change in the three goals mentioned above.

We’re entering a new space era that’s more innovative and culturally diverse than ever before. The next SGAC Pioneers will be individuals whose actions show a clear vision of how SGAC can be this change.

Being an SGAC pioneer means resilience, effort, teamwork, being inclusive and diverse, going the extra mile, and focusing on developing/supporting others. My vision for SGAC and its community is to keep growing as much as we can, keep our vision of SPACE FOR ALL with no borders nor boundaries, and allow people to find new opportunities for professional growth and personal growth.

I consider a way that I could leverage this position or award is by inspiring the youth globally, from my nation, and specifically, my community, and showcasing that everything is possible with hard work and support. I am afro-indigenous, I come from a very small village called Bilwi in the Caribbean Coast of Nicaragua. In 2018, I was forced to leave my home country due to the political crisis my country was and is going through. As a young leader who believes in respecting human’s rights I decided to show my disagreement with the way the current government was treating the whole nation. As a result, I was forced to leave my country, beloved families, friends and two years of Software Engineering and come to Costa Rica, a country that has provided me safety. In 2020 when it was declared a global pandemic due to COVID-19, I had to abandon my major in Mathematics at Texas Tech University Costa Rica after 2 years of being an active student, and stop studying for some time.

These stories are important to share to inspire others — to show them that it isimportant to never give up even in the face of adversity. I am a clear example of that. I remember I came to Matteo Capella and Davide Petrillo, leaders within SGAC, asking for a letter of support to apply for university. It was hanks to their incredible letters of support that now I am reaching the stars and becoming the engineer I want to be at the University of Science and Technology in Costa Rica,ULACIT. I hope my story can inspire others to be their own engineer and build their own doors and opportunities — you are capable of anything just remember that hard work pays off.

From my point of view SGAC can support/follow-up the SGAC pioneers by showcasing how resilient we are, and also the reason the members of the organization decided to nominate us. Also, I consider it is important to show the SGAC pioneers stories because it has a huge impact on other members. For example, I joined SGAC when I was 18 and Harriet received the Pioneer award back then; reading about her and her work was just absolutely impactful, inspiring and motivating. Lastly, I want to bring out the fact that SGAC has many women in leadership roles within the organization and I always love to highlight the diversity, equality and sustainability SGAC works on maintaining. SGAC is an organization that supports you no matter where you come from.