The global landscape of Earth observation (EO) applications is currently evolving and diversifying into various industrial segments. This has also paved the way for technology transfer such as the use of Artificial Intelligence (AI), Big Data, Augmented Reality (AR), Virtual Reality (VR), and Machine Learning in the EO and satellite navigation services. According to the Satellite Industry Association’s (SIA) 2018 report, Global Navigation Satellite System (GNSS) equipment and EO services make around 29% of the total space economy. While the government still has a stronghold on the upstream satellite imagery market, the downstream market is mainly in the hands of private companies. 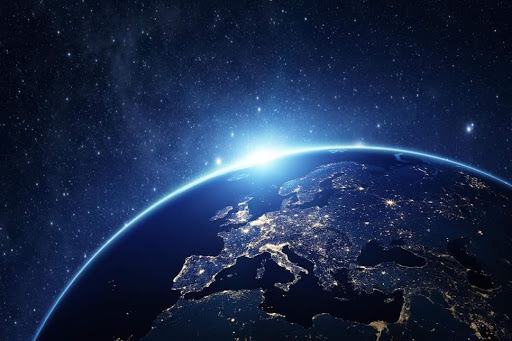 Why are private companies more dominant in the EO market?

The privatization of the space industry has led to the rise of multidisciplinary applications in various industries. This move can be considered as one of the strongest driving forces behind the peaceful utilization of space resources. There are many different applications of EO that are providing valuable inputs for various industrial verticals such as agriculture, disaster management, weather forecasting, national security, etc. These applications have one thing in common, which  is the use of satellite imagery to extract valuable terrestrial data. Further, tailored services are developed from these satellite imagery, and distributed as per the needs of the industry.

Until the early 2000s, government space agencies were the only prominent players providing satellite images from their satellites. But from the past two decades, the privatization of space applications in countries and regions  such as the USA, China, and Europe has encouraged the growth of private players in the space industry. Many companies like Planet Labs, iCEYE, and Spire are operating in both upstream and downstream market. This gives a crystal-clear picture that EO’s downstream market yields more commercial results due to its wide variety of applications. While the upstream remains favorable for governments as agencies like the European Space Agency (ESA) provide free satellite imagery data to various institutions and organizations.

How does government support accelerate the growth of private EO companies?

The growth of any private entity depends on various factors such as the supply and demand of the services, government regulatory policies, and the service offerings on a local and regional scale. Besides, EO applications are essential assets for the country’s national security. Many government institutions around the world are consistently leveraging satellite imagery data for the socio-economic development of their country. Moving down the value chain, private companies develop a large amount of services from the raw satellite imagery data and eventually become a subcontractor of the government institutes. Encouraging these service providers to develop satellite solutions through various government schemes improves the Public-Private-Partnerships (PPPs) in the space segment — which further leads to the integration of satellite imagery services in different industrial verticals.

Government institutions have played a central role in shaping the private space ecosystem. The USA is an excellent example, where the government’s backing has given birth to some of the most prominent space companies like SpaceX, Blue Origin, and United Launch Alliance (ULA). Similarly, in Europe, ESA’s Business Incubation Centers (BICs) are encouraging private companies from different industrial domains to utilize Sentinel satellite data under the European Union’s Copernicus Programme. From the EO point of view, the European space ecosystem is currently leading the satellite imagery market in the world.

What does the future look like for the EO market?

Many companies and government organizations have started looking at EO as an essential tool to benefit their respective businesses. The use of AI in satellite imagery is the latest commercial and technological trend in the EO market. On the other hand, AR, VR, and Big Data are also some of the technical assets being used by many of the EO service providers. Therefore, the commercial value of EO products is increasing in different industrial verticals. With this, the future of the EO market looks very promising as many non-space companies are also trying to add more value to their business by utilizing EO data.

On a global scale, EO has been the backbone of government agencies with private playing an important role in developing services. But on a regional level, space faring nations like India are still in the process of providing a broader scope for private companies using government funding. The USA, Europe, and China display explicit examples of how PPPs in the space sector can lead to the development of various industries in the country.

Omkar Nikam is an analyst at Orbital Gateway Consulting, where he conducts research on the global Earth observation and satellite industries.