SGAC is proud to announce the winners of the South American Space Leader Award 2019 who will be sponsored to attend the 5th SA-SGW 2019 event to be held in La Paz, Bolivia.

This award will cover round trip expenses of up to $650 to attend the South American Space Generation Workshop via economy airfare, accommodation, and visa costs for 3 awardees.

The awardees will be presented with a certificate of award during the 5th SA-SGW. 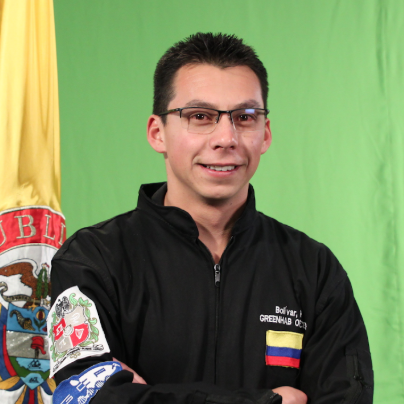 Hermes Hernan Bolivar, is a  Biologist from Colombia and currently, is candidate for  Msc in Biological sciences at Universidad Nacional Autonoma de Mexico UNAM. he had the opportunity to work with extreme environments at the Grupo de Ciencias Planetarias y Astrobiología (GCPA). His work was centered on the isolation of  xerophile microorganisms from a semiarid zone in the Tatacoa desert, located in Huila, Colombia and probing its astrobiological potential, also He was a coordinator of the astrobiology area, supporting different academics and divulgation events within the group. He works in the study of diversity of microorganisms in the zone of los Azufres, Michoacán, Mexico, a hot spring formation with astrobiological interest. Hermes was in the organising team of the past SA-SGW held in Bogotá in 2018. This year, he had the was a Crew member of the first Colombian crew in a simulation experience in The Mars Society’s Mars Desert Research Station located in Utah USA.  Finally, Hermes participated for the second edition of the SpaceUp Mexico celebrated in Juriquilla Mexico in July of this year.

“For me is an honour to win the South American Space Leader Award. Thanks for Space Generation Advisory Council for provide me the opportunity to grow as scientist  and space science researcher. I hope to give the best of me in this edition of SA-SGW.“ 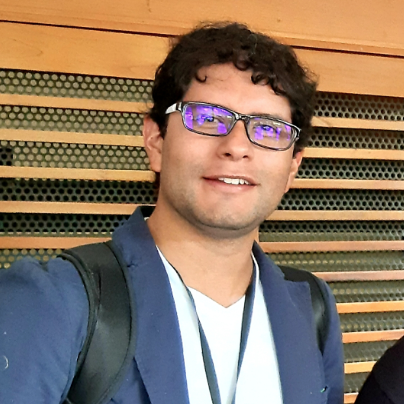 Sergio Andrés Sánchez Sanjuán is an electronic engineer graduated with honours and with a strong background in space technology. He is currently working as a lecturer for the School of Exact Sciences and Engineering of Sergio Arboleda University and as a science communicator for the Astronomical Observatory Department in the same university in the promotion of science-related activities for general public. He worked as a research assistant in the development of the electrical power supply for the satellite mission “”Libertad-2″” due to a scholarship granted by the administrative Department of Science, Technology and Innovation of Colombia (COLCIENCIAS) from 2015 to 2018. His work was focused on the analysis and modelling of harvested, stored and consumed energy of a CubeSat for different orbital scenarios. Along his young career, he has written several papers for international conferences and journals, and also a book with research finding about the efficient use of the energy for small satellites. Finally, he was involved as a member of the organising committee in charge of the 2018 SA-SGW in Colombia.

“It is a huge privilege to be awarded a Space Leader Award to attend the SA-SGW. This strengthens my compromise to support the science and education in my country alongside SGAC, where the study of space can promote scientific and social initiatives for the wellness and development of our communities.“ 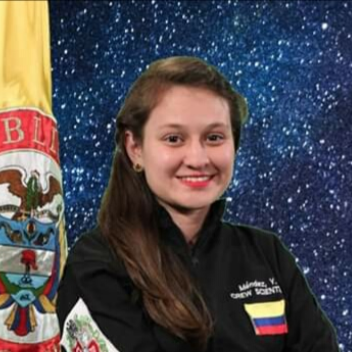 Yael Méndez, microbiologist and student in Master of Science-Geology at Universidad Nacional de Colombia. She began contributing to the space sector when she developed her thesis in astrobiology at the Universidad de los Andes, being a pioneer in the field at the University. She focused on the Colombian deserts and their potential similitude to Mars. She has been a professor of microbiology and has advised thesis on different topics focusing on the microbiology of extreme environments. She is a member of the Astrobiology and Planetary Sciences Group. Also, she participated as a scientist and Health and Safety Officer of the MDRS crew 203 carrying out research projects on geomicrobiology. Next year she will participate as Commander of the Colombian MDRS crew 225, being the first Colombian woman to lead a mission in this analog. She participated as the organizer of the first Colombian mission to Mars Bootcamp and now is a representative in Colombia of the Latin American chapter of The Mars Society. Her approach to SGAC began in 2015 with a national workshop developed at the Universidad Nacional de Colombia. She participated in the 4th SA-SGW as a delegate and as a local organizer.

“The most exciting thing about winning this award is knowing that I will be able to continue to contribute to the growth of the space sector in Colombia. Thank you so much SGAC.“