The Entrepreneurship and Investment Committee (EIC) of the International Astronautical Federation (IAF) in cooperation with the Space Generation Advisory Council (SGAC) is pleased to launch another edition of the $pace is Business Competition this year. This competition is an opportunity for students and young professionals to share their views and analysis on the past, present and future of entrepreneurship and investment within the space sector. The winner of this paper competition will be invited to present their paper at the IAF Business Innovation Symposium. This symposium is designed to offer papers that observe, study, analyse, describe, and/or propose any topic related to space activities that have commercial objectives, as described in the “Competition Description” section below, whether from an academic and/or practitioner perspective. 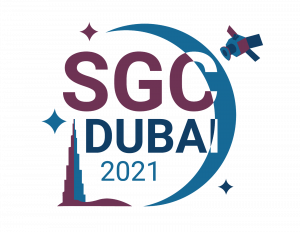 The content of papers may address any of the following topics related to the International Astronautical Congress’ E6 – Business Innovation Symposium:

BACKGROUND: The evolution of global space business comprises, i.e., large constellations of satellites, advanced new systems across orbits and manifold exploration activities, mostly with commercial potential. However, major steps in the context of next generation space endeavors, in particular exploration and large space infrastructure will have to make use of approaches involving on-orbit servicing (OOS), on-orbit assembly (OOA), based on modularized concepts using standardized subsystems and component – thus, PnP. Those in order to enhance flexibility and economic efficiency of such systems and businesses. OOS market prospects are substantial (ref. e.g., the NSR reports) and the first commercial mission has been launched last November (MEV-1), which will trigger new thinking and design philosophies. Important subset of OOS is unmanned satellite servicing using robotics and automation technologies. To date various concepts for on-orbit servicing of satellites have been developed and investigated, mostly driven by the technological challenges involved.

ISSUES: Associated economics have not been fully understood, why government support measures as well as private sector funding remain absent, at least sub-optimal yet. Now, activities seem to have a renaissance, recently also stimulated by intensified discussions on space debris removal and avoidance. Particularly life extension of GEO telecommunication satellites and space debris removal missions are being promoted by various actors around the globe, both government and the private sector. However, no OOS business, nor space debris removal are either operational or commercially successful yet.

GOAL: The paper should put in context  – based on sample missions/space businesses – relevant technology/systems and operations and identify major drivers in a high-level approach. The objective should be to come up with a simplified model of an ecosystem involving OOS + OOA and related modular and PnP approaches.

The main author of the winning paper will receive an award in order to attend the following events and give a presentation at the IAF Business Innovation Symposium (session 6):

The award will include provisions for travel, accommodation, and registration for SGC and IAC. The total amount of the scholarship will be determined at a later date and communicated to those selected for round two.

In case the IAC 2021 is held virtually, a gift certificate will be awarded to the competition winner instead.

Please submit your complete application using the Scholarship Submission Form in the “Apply!” section at the bottom of this page.

Please submit your documents as unlocked PDF files. Your name should be included at the top of all pages. Your submission should follow the competition guidelines detailed below.

Your applications will need to include a link to your 400 word abstract written in English.

In the interest of spreading opportunities to more members, SGAC reserves the right to prioritise applicants who have not recently received another SGAC scholarship of a similar nature. “Recently” is defined as having received a travel grant in the past 2 years, in the same category (either international or regional/national) as this posted award. International awards include scholarships for international events such as SGC/IAC, SGFF and Space Symposium, while regional/national awards refer to events, such as the Space Generation Workshops (SGW), national space generation events (SG[country]) or other regional or national conferences. In the event that the IAC 2021 is forced to be held online due to the COVID-19 pandemic, this scholarship will not be counted as an international travel grant, and winners are eligible to apply for another travel grant in the next 2 years.

Responsibilities of the Winners

The winning author shall:

All responsibilities shall be fulfilled and reports etc. submitted not later than December 1, 2021. In case the scholarship awardee(s) do(es) not complete the scholarship requirements on time, the scholarship funds will be transferred to SGAC general budget to continue supporting the mission and work of SGAC.

Evaluators will include members of the SGAC scholarship team and representatives of the scholarship supporter.

The evaluation will be made based on a point system taking following criteria and their weights into consideration:

SGAC would like to thank Julio Aprea, Ken Davidian, Joerg Kreisel and A.C Charania for their support in running this competition.

If you or your organisation are interested in providing talented students and young professionals with the opportunity to share their work and ideas with global space community, please contact SGAC Scholarships Coordinators (contact above).

For any questions, please communicate with the SGAC Scholarships Coordinators.

Remember: you need to be logged in to apply. Login or Register to proceed.