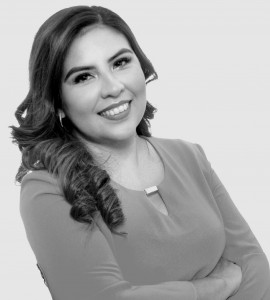 Back in 2002, I joined a trip to Houston, to attend the World Space Congress (WSC) and visit some tech sites including NASA JSC. During this trip I heard that an organization called Space Generation Advisory Council (SGAC) was celebrating its first Space Generation Summit in conjunction with the WSC. The name stuck in my mind. I was still very young to join, but this picture of students and young professionals actively contributing to something I was also passionate about inspired me.

Fast forward to 2008, when I was searching for opportunities to reinforce the awareness about space in my country, I read on the Internet an article about Israel Ojeda, the SGAC Mexican National Point of Contact at the time. I immediately contacted him, and we had a long Skype call about opportunities in the space sector. I became an active SGAC member and later on, while I was doing my stage at NASA Ames, I found out that many of the people I was working with were also SGAC members, and that some of them were actually the organizers of that first SGAC Summit I saw in Houston years before. I attended the VI American Space Conference (CEA), one of the first International Space Events in my home country, I had the chance to have an active role in SGAC activities, together with Agnieszka Łukaszczyk, Ariane Cornell and Nicole Jordan who were leading SGAC at that time.

A few months later, I became the National Point of Contact for Mexico, which allowed me to lead some regional activities in Mexico, and promoted SGAC to the younger generations. Although my role as NPoC lasted for 4 years, I continue, to this day, reaching out to the young people, coaching them on their space careers, providing them with advice, and opportunities within the country and for their participation at international space events.

In 2012 I supported the international organizing team for the Space Generation Congress of 2012 in Naples, Italy, and also attended the International Astronautical Congress (IAC). In 2013, I attended the COPUOS meetings at the UN headquarters in Vienna and co-organized the first South American Workshop in Buenos Aires, Argentina in 2015.

I also became a member of the safe and sustainable space project group, which lead me to coordinate the IAASS-SGAC scholarship program that has been giving SGAC members financial support to attend the annual IAASS conferences. I have been advisor for the SGAC Mars Analogue Mission, within the Space Exploration Group, and part of the team that conducted the first analogue in Poland.

In 2016 I took the role as Congress Manager for the Space Generation Congress in Mexico, increasing the amount of scholarships and delegates, working with an incredible passionate team. We all learned from each other, and together we made possible for more students and young professionals to experience what the space sector is about. In 2017, I organized the first Space Up Mexico, leading a group of talented SGAC members. I continue to support SGAC events in Mexico, helping out and advising the current NPoCs.

SGAC has given me the platform to be on stage for several International Panels, where alongside leaders of the space sector, I had the honor to represent the young professionals in different topics of interest for the community. Last year, I had the chance to go back to Vienna and been one of the SGAC delegates for the UNISPACE+50, where we celebrated the fiftieth anniversary of the first United Nations Conference on the Exploration and Peaceful Uses of Outer Space and discussed the future course of global space cooperation.

In 2017, I got the SGC Leadership Award, which gave me the opportunity to attend the SGC and IAC in Adelaide, Australia.

During my time at SGAC, I have experienced the growth of the organization, from a relatively small group of students to a large and influential international organization. At the same time I have witnessed the professional growth of all the SGAC members I met along the way. I can’t express how much I have learned by working with SGAC in so many roles, while having fun and establishing friendships all around the world. It is a lot of hard work but it is totally worth it, the SGAC network is full of passionate people who are always there to help and inspire you. This passion is what makes us such a strong organization.