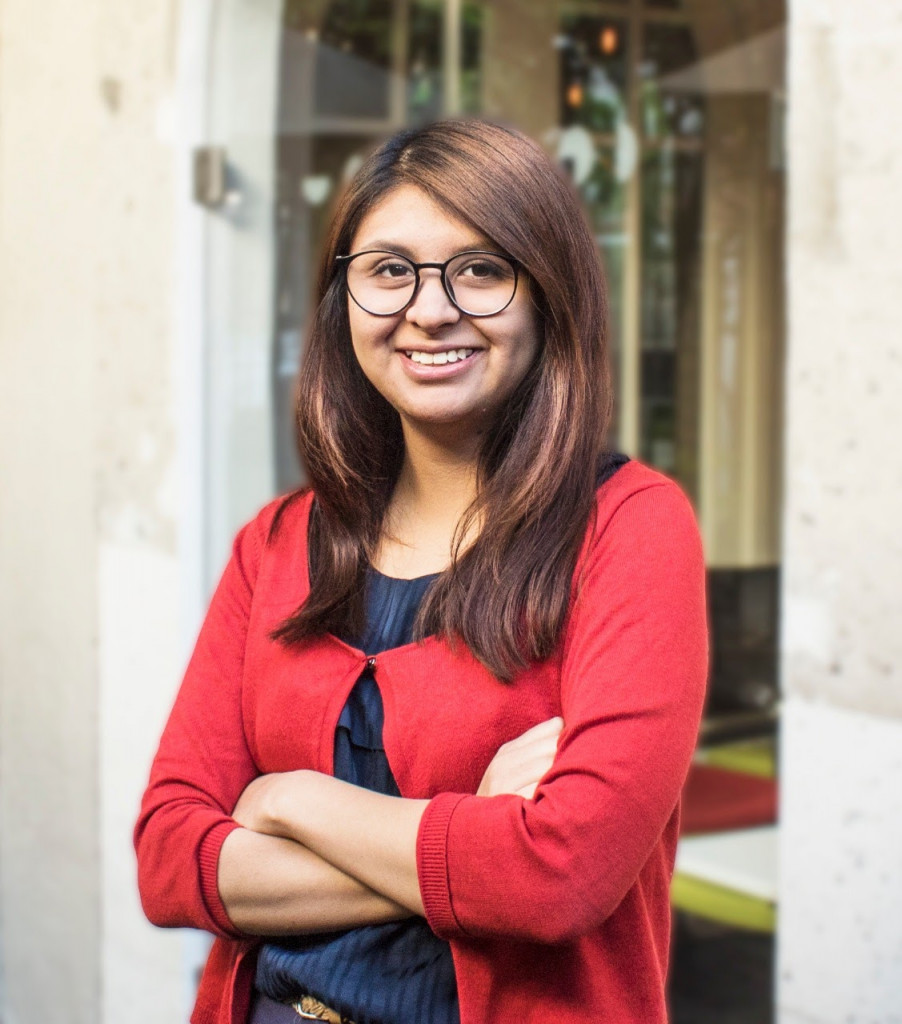 Tania Robles is a Mechanical Engineering from the National Autonomous University of Mexico. She is co-founder and former director of the Aerospace Association of the Engineering School at UNAM. National Point of Contact of SGAC in Mexico from 2016 to 2019, and current Regional Coordinator of the  NCAC region. She has volunteered in science and technology outreach associations and amateur astronomy societies, as well as offered conferences in multiple space and educational forums since 2013.

In September 2018, she was recognized with the Space Generation Leadership Award in Bremen, Germany. During that year, Tania was also part of Crew 187 LATAM-II as journalist and of Crew 201 MEx-1as Commander in the Mars Desert Research Station. For the last, she was awarded with the Emerging Space Leader Scholarship.

As of today Tania is involved in research projects related to mechanisms of cooperation within Latin American countries for capacity building and space activities, in the analysis of the industry and government ecosystem of Latin American Countries for the implementation of new space startups/companies, and in the Moon Village project for Mexico.

Currently she is studying for a Master in Economics, Policy and Management of Innovation while she works at the Mexican Space Agency, where she leads projects for the development of young national students and professionals, and mentoring programs for women in the space sector.

“When I registered in SGAC I was 18 exactly and I was waiting for it since I was 17 years old. I knew about the organization from the NPoC at that time, but sadly the social media and communication was not as today and I didn’t have the chance to get involved as I wanted to.

The time passed and when the vacancy for NPoC was open in 2016, I decided to apply thinking I was not going to be accepted. It was a big surprise when I received my letter and understood the responsibility it meant. To be honest during my first year as NPoC I didn’t know exactly how to represent SGAC and its values. I believe I learnt in the way and not only by reading the Handbooks and guidelines, but when I realized the opportunity I had not only for my personal career and development but more for helping others and trying to change people’s lives.

During my period as NPoC my work was based on three points:

– Try to eliminate the obstacles that young people faced when they tried to join space activities in the country. To work so that what had happened to me and to other people with more experience, was not an impediment for the new generations.

– To get the entire space community to know each other. For me, friendship and communication are the best and only way to make the best and meaningful projects come. If you don’t know the people who do things, you can’t know what happens and how to join.

– Position SGAC as the main and most important space organization for young people by opening them opportunities to participate in AEM forums or others.

I am pleased and happy to see that SGAC keeps the national recognition that I and the community worked by for example receiving myself a personal invitation from the new Mexican Space Agency Director to work at AEM implementing this kind of programs to engage and support the new generation of space professionals.

As Regional Coordinator, I followed the same principles focusing above all in increasing the countries covered by SGAC. In that role I always recognized a big gap and difference between North America with Central America and Caribbean. For that I worked mainly in searching, trying to convince and mentoring new students and professionals to become part of SGAC and taking it to the next level in their countries. Together with the regional team, we happily made it in Nicaragua, El Salvador, Panama, Costa Rica, St. Lucia and Cuba. Now those countries are good representatives of what SGAC looks like with successful presence and national work. They have educational courses, specialized webinars, constant collaboration and mentoring programs. I feel very satisfied to have supported the NPoCs of those countries to develop all their ideas and strategies and most of all, to motivate them to work in collaboration.

My interest (and I would say love) to support and, at sometimes, to mentor others, comes from a natural and true desire to see a country with significant activities and space development. And not just a nation, but to see the entire Latin American community finally being able to take off and be a real part of the sector regardless of our nationality or economic position.”