Speed Networking & Mentoring will be a highlight of AP-SGOW as prominent space professionals in different space-related fields and industries have been invited to speak and potentially mentor some delegates. 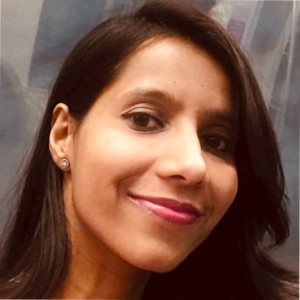 Niha Agarwalla is the Co-founder and COO of Delta-V Robotics. She is a Space entrepreneur and has passion and experience for AI, Machine learning, data analysis. She is a data scientist who has developed critical algorithms for computing and the pharmaceutical industry. 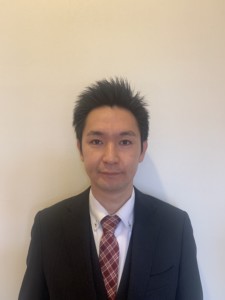 Yusuke Muraki is Strategic Space Producer, Space Entertainment Promotion Office of Sony Group Corporation. He is in charge of business and concept development of Sony’s Space Entertainment Project. The project aims to unleash possibilities of space by providing inspiring space experiences such as a direct photo shooting experience by users using a nano-satellite with camera. He also work as Associate Senior Engineer of Japan Aerospace Exploration Agency (JAXA) in charge of mission planning of new earth observation satellite missions. He has working experiences in various fields such as International Space Station (ISS) program, promotion of satellite applications in Asia-Pacific region in Asian Development Bank (ADB), development of new space businesses in JAXA’s public-private partnership program called J-SPARC, space policy development in the Ministry of Education, Culture, Sports, Science and Technology(MEXT) of Japan. He was an active member of SGAC as the Regional Coordinator of Asia Pacific Region (2013-2015) and founder of AP-SGW.

Kuang-Han holds an M.S. in Aeronautics and Astronautics from Stanford University. He has experience in the industry, government, research, academia, and global industry associations. In the semiconductor industry, he has over 27 years of experience encompassing a mix of industry and teaching. In New Space, he launches CubeSats and experiments in space and is the International Space Station Gateway Company in Taiwan and South East Asia. He is also the Founder & Chairman of Gran Systems where they engage in system integration design, think-tanks, and manufacturing in new space and medical equipment. Today, he is engaged in angel investing in startups and MakerSpaces to foster creativity and innovation in Taiwan. He runs a Space Business Incubation Center and invested in 12 companies and involved in 3 IPOs in Taiwan. 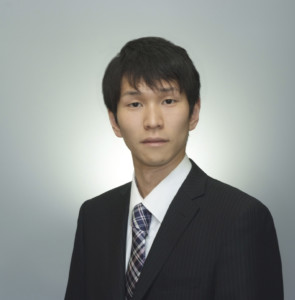 Shogo is a consultant of Nomura Research Institute (NRI), a consulting firm based in Tokyo. Shogo has a M.S. from the Graduate School of the University of Tokyo (2013). During his Master’s Degree, he studied planetary science and conducted research on solar system material such as asteroids and meteorites at Institute of Space and Astronautical Science (ISAS), JAXA. He is in charge of consulting and research for new business development and policy making in space industry with Japanese private sector companies and governments. He is also a pro bono member of SPACETIDE, which is Japanese first business conference for the rise of private space industry. SPACETIDE plays a role to be an industry-wide platform for accelerating new space. 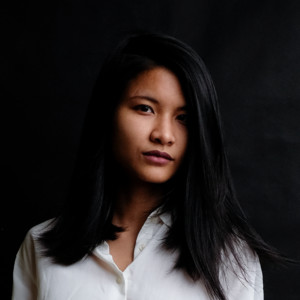 Juliah Sinpanich Champion is a designer, entrepreneur and businesswoman. She is the founder and art director at MANRVA, a company that was founded to bridge the gap between Art and Science. Through creative solutions turning ideas, concepts or researches into a product for everyday consumption. Originally B.A. in fashion design from Accademia Italiana but later expanded her design knowledge beyond clothing into 3D digital design. Working closely with companies/entities from various industries such as fashion, space industry, education, AR-VR, 3d printing and animation. 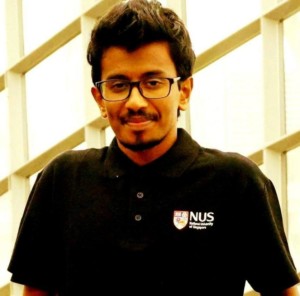 Dr.Aravinda Ravibhanu is CEO of Eco Astronomy Inc goble network and senior research scientist at  high-altitude- extreme conditions – water conservation project of ICE STUPA. Currently he is directly involved in analyzing NASA’s EDR images of Meridiani Planum on Mars.  Also, he is Co supporter of Project Space Hero, an upcoming reality television contest that plans to send a winner to the International Space Station in 2023. He has authored more than 40 International research papers including 8 Books. As an Astrobiologist Dr Aravinda is researching _ fundamentals of extraterrestrial life and how planetary samples correspond with factors of paleontology and petrology. He has been setting out a harbor life explained by a union of the general theory of Eco Astronomy mechanics & concepts as a part of his PhD.

Naohiko Kohtake graduated from Graduate School of Science and Technology, Keio University in 1998 and entered National Space Development Agency of Japan (NASDA), where he carried out R&D for the H-IIA rocket and was also involved in its launch. After spending time as a visiting researcher at European Space Agency (ESA), he became an associated senior engineer at Japan Aerospace Exploration Agency (JAXA) in 2006. He was responsible for the integration of independent verification and validation of software installed on the International Space Station and various satellites, as well as being involved with NASA and ESA on international collaborations relating to software installed on spacecraft. He joined Keio University as an associate professor in 2009, and a professor in 2018. He has also served in roles such an advisor for the High Performance Strategy Division, Japan Sports Council. He is a steering committee member of Multi-GNSS Asia, and holds a Project Management Institute (PMI) Project Management Professional (PMP) certificate. He is also an adjunct professor at Asian Institute of Technology. He obtained a PhD from the Keio University Graduate School of Media and Governance in 2005. 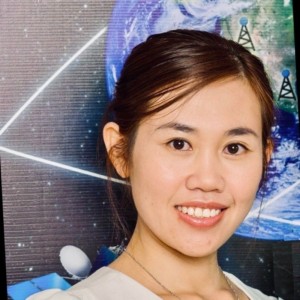 Dr. Tam Dao is a research fellow at RMIT University, Australia. She completed her doctoral course at Nagoya University in 2017 with funding from the Leadership Development Program for Space Exploration and Research, where she got training in leadership activities and developing the cube satellite. She has been studying and working most of the time in Vietnam, Taiwan, Japan, and Australia. Tam conducts research in space sciences and space applications. Her studies related to ionospheric physics, space weather forecast, and applications of ionospheric models to precise positioning and navigations. She specializes in data analysis of ground-based observations, satellite data, and simulations. 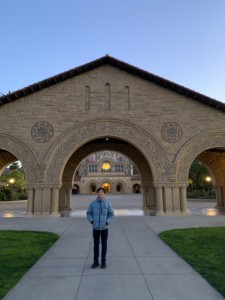 Dr. Le Ngoc Tram is an experienced researcher with a PhD focusing on Astronomy and Astrophysics from Observatoire de Paris. He is skilled in Research, Matlab, Python (Programming Language), Physics, and Data Analysis. He is now Postdoctoral researcher at Max-Planck-Institute for Radio Astronomy, Bonn, Germany. 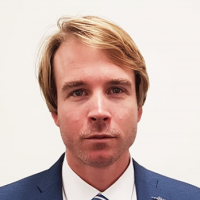 Tim Searle is a Senior Policy Advisor at the New Zealand Space Agency. The New Zealand Space Agency is the lead Government agency for space policy, regulation and business development relating to outer space and high-altitude activities from New Zealand. At the Space Agency his work stream covers a number of areas which fall under the space umbrella, including: developing policy, negotiation of international agreements and the design of R+D investments. Prior to working at the New Zealand Space Agency, Tim was working at Spacetec Partners, a space specific management consultancy, where he worked on a number of public European Space projects with public institutions (European Commission, ESA, EGNSS and National Space Agencies). Tim’s earlier work outside of the Space domain included strategy consulting on new technologies to enhance primary industries. Tim’s key strengths lie in Space policy, market forecasting, access to finance and economic modelling. Key technology focusses are: small launchers, the small satellite market, disruptive new technologies and clean space. 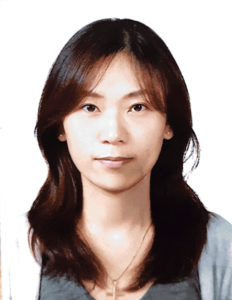 Ms. Chung is a senior researcher at the Strategic & Planning Directorate of Korea Aerospace Research Organization (KARI). She has previously worked at KARI’s Space Policy Division from 2009 to 2019. During this time she took part in numerous space policy studies and was seconded to the space office of the Ministry of Science and ICT as an expert. Currently, Ms. Chung serves as a coordinator for KARI’s research strategy planning activities. She also serves as a delegate for International Space Exploration Coordination Group (ISECG) and COPUOS. In addition, she is also a member of the KARI’s International Cooperation Committee and KARI Academy’s Education Committee. Ms. Chung has lived and studied in Asia, Europe, and the United States. Before joining KARI, she has worked as an intern at UNOOSA and UNESCAP and as a research assistant at the Space Policy Institute of the George Washington University. She was also an active member of SGAC and has organized and participated in the first few Asia Pacific Space Generation Workshop (AP-SGW). Ms. Chung has a Master’s degree in Aerospace Engineering and a PhD Certificate in Science and Technology Policy. 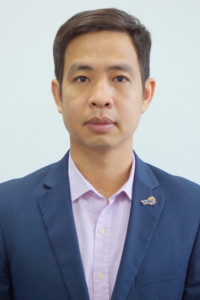 Dr. Le Xuan Huy, Deputy General Director of Vietnam Space Center, Head of Space System Design Department. He holds a PhD in Mechanical and Aerospace Engineering from Tokyo Institute of Technology in 2014. His research interests focus on small earth observation satellites development and space systems engineering. From 2007 to now, he has been involved in many small satellite development projects, especially “Made in Vietnam” satellites such as PicoDragon, NanoDragon and MicroDragon. 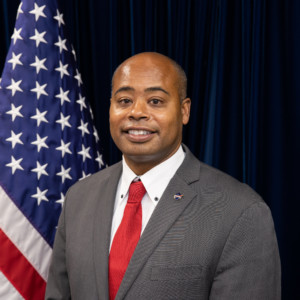 Garvey McIntosh has served as the NASA Asia Representative based at the U.S. Embassy in Tokyo since 2017. In this capacity he is responsible for coordination of NASA programs and interests in Japan and other countries within the Asia Pacific Region. He also works with regional aerospace officials on key programs and serves as point of contact for NASA related meetings and travel in the region. Since joining NASA in the Office of International and Interagency Relations (OIIR) in 2003, Garvey has accumulated a broad range of experience. While in OIIR, he has negotiated and completed agreements with the Japan Aerospace Exploration Agency (JAXA) and NASA’s other international partners on the Space Shuttle, International Space Station, high-energy physics and astronomy. In 2016, Garvey led negotiations that resulted in the signing of NASA’s first new agreement with China in over 20 years. He gained valuable experience during a one-year detail assignment in which he served as the Executive Officer to the NASA Deputy Administrator. In this capacity, he was responsible for providing overall leadership, planning, and policy direction to NASA’s Headquarters and Field Centers. Prior to coming to NASA, Garvey studied economic policy and language in Vietnam as a Boren Fellow, He also spent 4 years in Nagasaki, Japan, where he taught English conversation and composition. Garvey received his graduate degree in International Policy Studies from the Monterey Institute of International Studies in California, and his undergraduate degree in Communications Studies from Northeastern University in Boston. Garvey’s wife is Melanie McIntosh and they have two children Anya (11) and Graeson (8). He speaks Japanese, Vietnamese and Dutch. 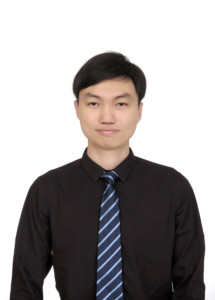 Zihua Zhu is a government relation expert in the field of commercial space with extensive experience in industry analysis and strategic consulting. He graduated from the University of Adelaide, Australia with a Bachelor of Mechanical and Aerospace Engineering (Hons) and is an honorary alumnus of the International Space University (ISU), co-author of the white paper of ‘Small Sats, Big Shift’. He took the tenure of regional coordinator of Asia-Pacific at Space Generation Advisory Council (SGAC), in support of the United Nations Programme on Space Applications between 2015 and 2020. During his time in the UAE, he was responsible for the strategic consultancy of the Dubai Future Foundation’s ‘Centennial Plan’ for the UAE(AREA2071). He is currently the Director of Government Affairs at Beijing Commsat Technology Development Co., Ltd. (Commsat), responsible for government relations and implementation of government projects through collaboration between industry and academia.