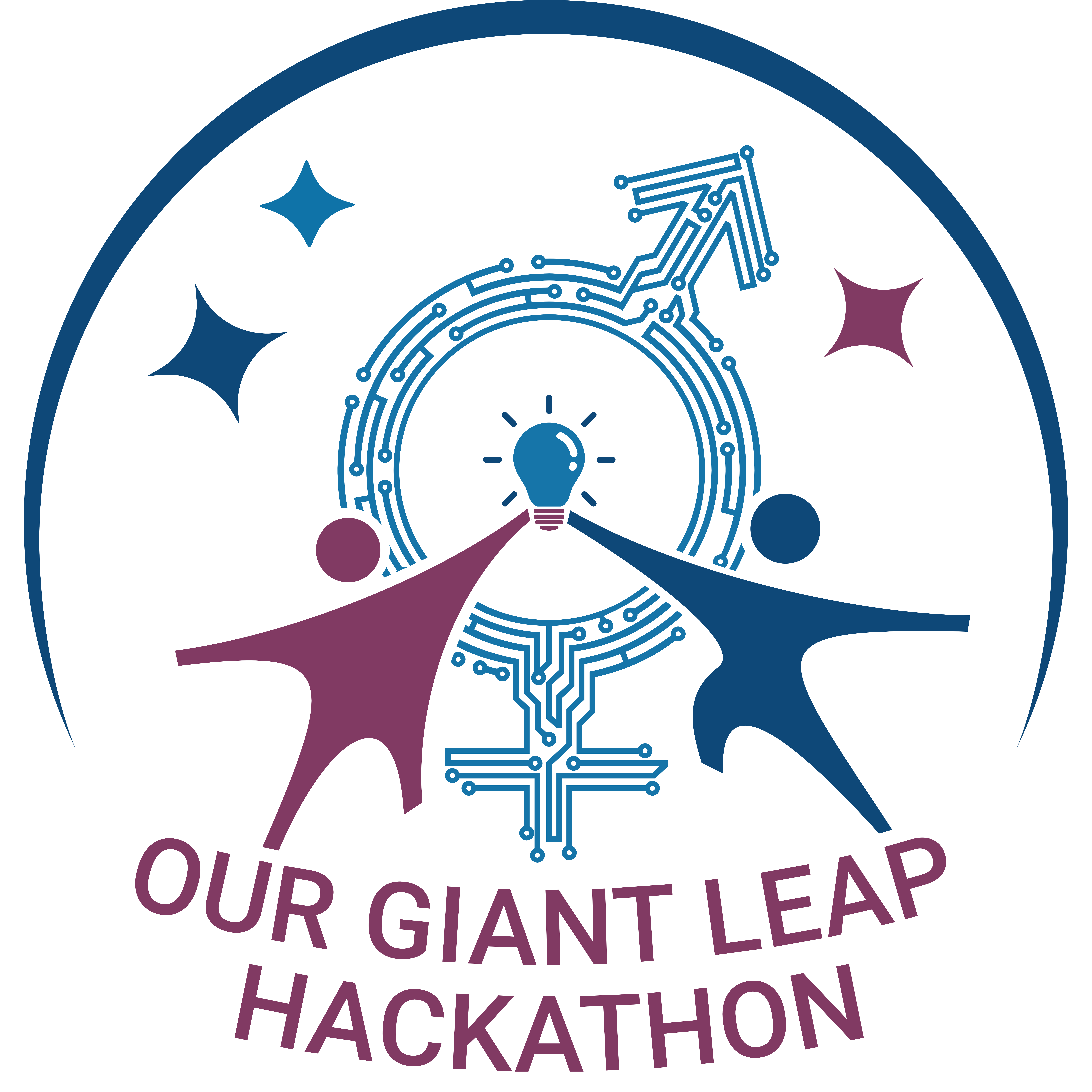 The SGAC Diversity and Gender Equality Project Group, formerly known as the Our Giant Leap initiative, is organizing its very first hackathon in 2022 under the general theme: “How can space technology and know-how help make a leap forward towards gender equality on Earth?“.

The Our Giant Leap Hackathon will be held in Daejeon, South Korea on August 14th and 15th 2022, after the IAU General Assembly 2022 in Busan (August 2nd-11th) and before the United Nations Office for Outer Space Affairs (UNOOSA) Space4Women Conference in Daejeon (August 17th-19th).

Certain keywords must be defined in order to better understand the scope of our hackathon.

What are the expected outcomes and solutions of the hackathon?

The goal of the projects and ideas being developed by the hackers will be to come up with an original idea, that should have a significant impact on gender equality by 2030, the year for which Goal #5 of the UN’s 17 Sustainable Development Goals (SDG) must be hit. The significance of the impact will be evaluated by the jury and experts present at the Hackathon.

Listed below are some suggestions of possible issues to address:

2-The high price of collecting water

3-Child marriage and other forms of gender-based violence

How to prepare as a hacker?

We suggest you read about gender equality on Earth and in your region. Then think about how the space technology or know-how can help address some of the issues, or inequalities. Visit the section about our Online Masterclasses and go through the suggested reading materials for each class. And do not miss to jon the Our Giant Leap Hackathon Github to find examples of concrete projects and other resources!

Why specifically a hackathon?

Our kick-off event ended with the establishment of a great list of recommendations, on topics going from educating the youth on inclusion to tackling the lack of women-oriented data in space research. This list helped our project grow into several long-term activities that now individually focus on a specific set of these recommendations. For our next event, we wish to bring people from all disciplines and backgrounds together, to work on the next best idea for gender equality: a hackathon appeared to be the best format for it.

A hackathon, uniquely, crowdsources many different viewpoints on how space technology and gender equality, two topics not traditionally associated, can build on each other. Hackathons maximize the number of ideas that can come from a group of people while also kindling a competitive spirit within the teams to fully flesh out their ideas.

During the event, 10 teams of up to 5 hackers will work on the next best idea for gender equality on Earth using space technology and know-how. At the end of the Hackathon, the best team selected by our diverse jury for its originality and efforts will be offered a great prize and be given the chance to receive professional support for the development of their idea.

About the Diversity and Gender Equality Project Group

The highly ambitious and at times futuristic space sector is not a steady cruise for all; for many, it is a bumpy ride. All across the world, women and minorities in the space sector often learn to overlook the stigma of discrimination and accept it as the burden of a traditionally white male dominated work space. But, as we look into the future of space, we see the need for change.

From this necessity, Our Giant Leap was born within the Space Generation Advisory Council (SGAC) in 2019. As the topic is global, it requires a truly international and long-term initiative.  This has been realised through the creation of the Diversity and Gender Equality (Our Giant Leap) Project Group in 2021.

This Project Group works on the topics of diversity, inclusion and equality within the aerospace sector.